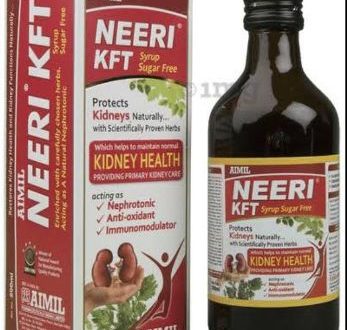 Patients suffering from Ascites (Jalodara) — a condition in which an abnormal amount of fluid is built-up inside the abdomen — can be treated through ayurveda, say researchers.

A team of researchers have found in a study that Ayurvedic poly-herbal formulation ‘Neeri KFT’ is significantly effective in managing the disease. The herbal drug not only aided in saving the kidney from further damage due to the condition but also helped in excreting the collected fluid from the abdomen.

Assistant Professor Komala A, Professor Siddesh Aradhyamath and researcher Mallinath I T from JSS Ayurveda Medical College and Hospital in Karnataka made these observations in the study published in latest issue of ‘Journal of Ayurveda and Integrated Medical Sciences’.

As per the study, the researchers gave a range of Ayurvedic formulations along with AIMIL Pharmaceutical’s research-based innovation ‘Neeri KFT’ meant for impaired kidneys, to the ascites patients admitted in the hospital.

“A dose of 20 ml of this ayurvedic formulation daily — morning and evening — was given for a month,” the researchers said adding that the outcome was positive. The herbal drug not only helped in protecting the kidneys of the patients from further damage due to the condition but also helped in excreting the collected fluid from their abdomen.

The consumption of the herbal formulation had flushed out fluid from the abdomen through the urinary tract, said the researchers. Neeri KFT is composed of herbs such as Punarnava, Varun, Sigru, Sariva, Makoi and Sirish, also known for their diuretic properties.

Dr. Sanchit Sharma from AIMIL Pharmaceuticals pointed out that in the last few years Neeri KFT has proven to be effective in strengthening the kidney as well as clearing toxic fluids from the body.

Ascites usually occurs when the liver stops working properly or it malfunctions, leading to a build-up of fluid in the space between the abdominal lining and the organs.

Ascites is the most common complication of cirrhosis (scarring of the liver). It affects around 60 percent of people with cirrhosis within 10 years of their diagnosis, and the 2-year survival rate is 50 percent.

Patients suffering with ascites may have the symptoms like painless swelling in the abdomen that worsens rather than going away; abdominal discomfort; weight gain; feeling full after eating a little, shortness of breath as pressure increases in the abdomen, pushing up on the diaphragm and reduction in the space for the lungs to expand.

In modern medicine, they provide some symptomatic relief only in the severe condition they remove a large amount of fluid from the abdomen through needle – the procedure is called paracentesis. But Ayurveda has the power to reduce abdominal fluid without any surgical intervention. Ayurvedic medicine like ‘Neeri KFT’ helps reduce entire accumulated fluid through digestive tract only. Ayurvedic medicine treats the root cause of ascites and all other complications related to disease without any side effects.