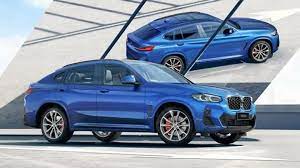 Locally produced at BMW Group plant in Chennai, the new exclusive edition comes in both petrol and diesel engine options.

The petrol engine variant has a 2-litre engine with a power of 252 hp and is capable of accelerating from 0-100 kmph in 6.6 seconds. It is priced at Rs 71.9 lakh, the company said in a statement.

The exterior changes on the 2022 BMW X4 Silver Shadow Edition include a new, angular kidney grille, a redesigned bumper done up in metallic colour with new anvil-shaped inlays in high gloss chrome, and vertically arranged reflectors and full LED headlights lowered by 10 mm. At the rear, changes include two-part wraparound LED rear taillights, a large automatic tailgate, and a free-form tailpipe in chrome finish.