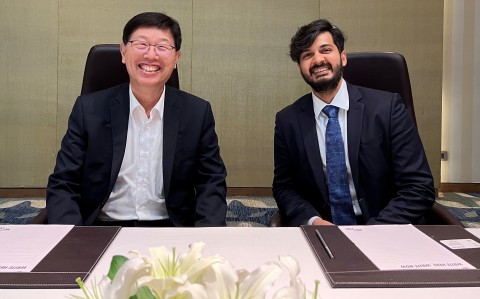 The two companies had signed a MoU in February this year to form a joint venture company in India where Vedanta will hold 60 per cent of the equity while Foxconn will own 40 per cent. The joint venture between the two companies will support Prime Minister Narendra Modi’s vision of creating an ecosystem for electronics manufacturing in India.

“This is the first joint venture in the electronics manufacturing space after the announcement of GOI’s PLI Scheme for semiconductors and display manufacturing,” the companies said.

“Vedanta is planning to invest around $15 billion in a phase-wise manner over the next 5-10 years to build displays and semiconductor chips in India. The JV will look at setting up a semiconductor manufacturing plant in the next two years.”

The statement added that Vedanta and Foxconn are in discussions with some state governments, to finalise the location of the semiconductor unit soon. The partnership is aiming to arrest the electronic component import bill of around $100 billion in the coming years.