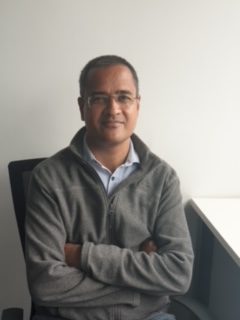 Backed by the Lemmatree Group, noted actor Sonu Sood and Schoolnet, GoodWorker, a digital platform aiming to help blue/grey collar workers in India and transform their lives through career enhancement opportunities, has fortified its senior leadership with the appointment of Amit Jain as its Chief Executive Officer (CEO).

In a career spanning over two decades, Jain has led large cross-functional teams across industries. He is passionate about the technology space and believes in the potential of digital platforms to transform lives. He is a business leader with a strong understanding of how to build and make business sustainable. In his previous stint, with Quikr, Amit Jain was instrumental in building QuikrJobs from scratch and turning it into a profitable business. Along with his focus on key departments he was also spearheading the HR function

Glenn Gore, Group CEO, LemmaTree said, “Finding a CEO who has strong alignment to the GoodWorker vision was critical to deliver the impact that GoodWorker can have on blue/grey collar workers, this was a search that we were not going to rush or compromise on.

We wanted to make sure that the person we get to lead the company is not just result driven but is aligned with our core objective of ‘transforming lives’ of millions of youth across India. Amit is the perfect choice for the role, given his strong understanding of the industry and his belief in the purpose. Looking at his strong leadership skills and empathetic attitude, we are confident that his ideas and strategies would accelerate GoodWorker’s growth.”

On his appointment as GoodWorker CEO Amit Jain said, “GoodWorker’s vision for becoming an all-encompassing digital life partner for the youth in India in the blue/grey collar job space is both inspirational and ambitious. Realising this vision requires a multi-pronged approach with a strong ability to invest & execute in a sustained manner; I believe, this is something that we would be able to deliver on, especially with the partner ecosystem, the team that we have put together & given the strong backing of the Affinidi group.”

Amit Jain has graduated from Institute of Technology (Banaras Hindu University), Varanasi and has done his PGDBM in Sales & Marketing from XLRI, Jamshedpur.