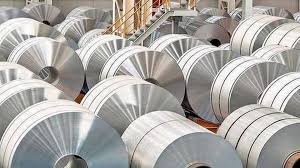 The strategic importance of Aluminium for India to achieve the vision of becoming a $5 trillion economy cannot be overstated. Aluminium finds critical usage in core sectors like defence, aerospace, transportation, energy security, building & construction many more. Aluminium gives all that contemporary time demands: speed, saving & sustainability. As India emerges from the global public health crisis, it continues to be the 3rd largest producer of aluminium globally, with domestic aluminium demand expected to double in the next 5 years from the current 4 million tonnes to 8 million tonnes per annum.

To keep up with this fast-surging domestic demand, production of Bauxite – the ore from which aluminium is produced – needs to grow from the current levels of 22 million tons to 50 million tons per year @ 6 Ton bauxite per 1 Ton aluminium. Growth of bauxite mining and aluminium is estimated to attract fresh investment of over Rs. 2 lakh crores.

Already, sizeable investments of over Rs. 1.5 lakh crores in the bauxite mining and aluminium sector have created over 20 lakh livelihood opportunities. This has also developed over 4000 MSMEs in the hinterland where there were limited opportunities thereby connecting them to the economic mainstream of the country. This industry has potential to create additional employment opportunities for 1 million people.

India has the world’s 5th largest reserves of bauxite. Despite these abundant bauxite reserves, there has been not a single successful auction of any Metallurgical Grade Bauxite Mine in the last 5 years by the state Governments, since inception of auction regime. This has led to a surge in import of bauxite, one of India’s most abundant ores, to feed the rapidly increasing domestic consumption and has caused a loss of USD $400 million to the Indian exchequer.

This has also severely impacted the opportunity to generate mass scale employment and socio-economic development in aspirational districts of the country. Incidentally, rich bauxite reserves occur in remote areas that are bereft of opportunities of any other kind.

Indian Aluminium producers have invested substantially in state-of-the-art technologies to ensure sustainable bauxite mining that yields rich dividends to local communities. The opening of a single bauxite mine has the potential to generate over 10,000 livelihood opportunities leading to poverty alleviation in these far-flung areas, as well as contributing an additional Rs. 5,000 crores to state revenue.

Bringing India’s 3.8 billion tons of bauxite reserves into auction and increasing the capacity of existing mines by at least 50% will be key to moving India towards becoming Atma Nirbhar by improving the global competitiveness of the Indian aluminium industry.

The primary reason for various state governments not being able to auction the bauxite mineral blocks is due to the present pricing structure which links the selling price of the end product to the back calculated method of determination of the Average Sale Price (ASP) of metallurgical grade bauxite without factoring transportation cost, thus eroding cost advantage of Indian Bauxite & rendering aluminium production unviable in the country. This has also led to a pause in additional investment of over Rs. 50,000 crores in the aluminium sector due to the futility of the current bauxite ASP determination methodology.

With our tremendous wealth of natural resources, the time is now for the government to find a solution to reduce the import dependence of bauxite by enhancing domestic production. This can be achieved by increasing the production capacity of existing mines by at least 50%, rationalising ASP of metallurgical grade bauxite in line with other bulk minerals and bringing bauxite mines into auction to meet the rapidly increasing domestic demand.

The ability to increase domestic bauxite production and fully utilize the potential of the Indian Aluminium Industry will be instrumental in making it self-reliant and also save precious foreign exchange while leading to the creation of wide range of employment opportunities locally, yielding rich socio-economic dividends for all stakeholders. Unlocking these opportunities can realise India’s vision to become the global hub for aluminium production.