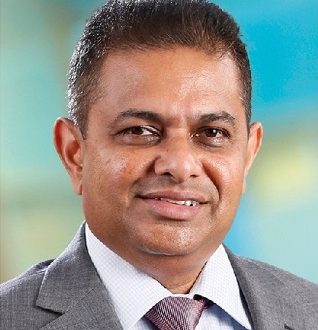 Jalan Kalrock consortium, the promoters of Jet Airways, has appointed Vipula Gunatilleka as the Chief Financial Officer (CFO) of the airline. He has been tasked with reviving the grounded carrier.

Gunatilleka, who till January, was the CEO of SriLankan Airlines, will join Jet Airways from March 1, 2022.

Considered as an aviation expert, Gunatilleka had overseen “the most daunting task of leading Sri Lankan Airlines during the pandemic. He was head hunted by the board in 2018 to re-structure Sri Lankan Airlines and in less than two years after assuming the duties as the CEO, the airline recorded positive EBITDA and cash flow for 2019-20 notwithstanding the devastating effects of the terror attacks in April 2019 in Sri Lanka followed by the global pandemic in early 2020,” a statement issued by Jet Airways said.

As a result of key initiatives introduced to improve the service standards and operational efficiencies, the (Sri Lankan) airline was accredited with the “World’s Most Punctual Airline” twice in 2019, the statement added.

Prior to joining Sri Lankan Airlines, Gunatilleka was the CFO & Board Member of  TAAG Angola Airlines from November 2015 to July 2018 under Emirates Management. He played a pivotal role to turnaround the loss-making national carrier of Angola.

Ankit Jalan, Member of the Monitoring Committee of Jet Airways and part of Jalan-Kalrock Consortium said, “We are excited to welcome Mr. Vipula Gunatilleka to our young and energetic team. Vipula is an aviation expert and regarded as a turnaround specialist in the industry. He has been shortlisted after a rigorous process run by our Executive Team over the last several months. I am certain, Vipula will be an asset to the organization and will provide the necessary vision to revive the operations of Jet Airways as per the plans of the Consortium.”

Speaking on his plans, Vipula Gunatilleka said, “I am very excited to join the company and I look forward to contributingmy knowledge of last 30 years in Jet Airways’ resurgence in its new avatar. We will capitalize on the strong brand value which Jet Airways has in the market and use it to re-build the lost ground.”

“I first joined SriLankan Airlines as its CFO in 2001, when it was part of the Emirates Group and was establishing its feet in the Indo-Pacific Sub-Continent. Having spent sufficient time in leadership roles in the aviation industry including as CEO of Sri Lankan Airlines until January 2022, I am aware of the responsibility that lingers on the shoulders of the leadership team, especially the CFO and I am confident Jet Airways will soon regain its lost glory,” he added.