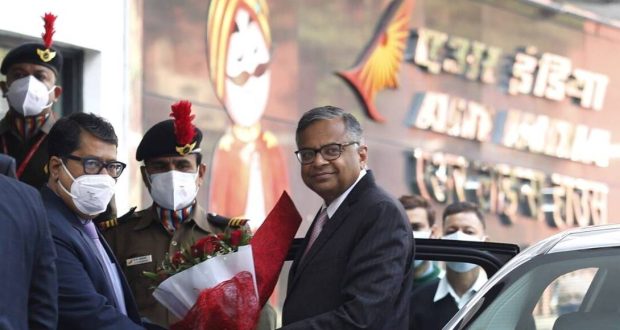 Maharaja’s homecoming: Air India back with the Tatas

Nearly seven decades after it lost control, the Tata Group on Thursday regained ownership of Air India and promised to make the loss-making company into a world-class airline.

The handover took place at the airline’s headquarters here this afternoon.

Department of Investment and Public Asset Management (DIPAM) Secretary Tuhin Kanta Pandey told reporters that Air India has been handed over to the successful bidder Talace Private Limited, a subsidiary of the Tata Group.

“Now, the new owners (of the airline) are Talace,” Pandey noted.

The complete payment of Rs 2,700 crore has been received by the government and it has transferred the shares, he said.

The entire debt of Rs 15,300 crore has also been accepted by the Tatas. All the processes are complete, he added.

Tata Sons Chairman N Chandrasekharan said the group is very happy to have Air India back in its fold.

“We are very happy to have Air India back in the Tata Group. We look forward to working with everyone to create a world-class airline,” he added.

After a competitive bidding process, the government had on October 8, 2021 sold Air India to Talace Private Limited for Rs 18,000 crore.

Air India was started by the Tata Group in 1932. However, after the country got independence, the airline was nationalised in 1953 by the then prime minister Jawaharlal Nehru.