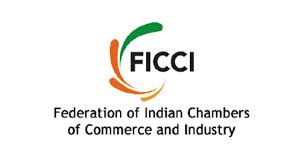 The passing of the bill to amend the Mines and Mineral (Development and Regulation) (MMDR) Act will play a vital role in enhancing the mining sector’s contribution to the employment and GDP of the country, and contribute to the vision of an Atmanirbhar Bharat, Federation of Indian Chambers of Commerce & Industry (FICCI) said on Saturday.

The Lok Sabha on Friday passed a bill to amend the MMDR Act, which aimed to create employment opportunities by allowing the entry of private enterprises and enhanced technology in mining activities.

FICCI said that it has always been suggesting for increasing the contribution of Indian Mining industry to national GDP; focusing upon increasing mineral exploration, production and domestic supplies, reducing financial stress for the miners and attracting investments into the sector.

“With these reforms in the Indian mining and mineral sector, the Government has embarked on increasing the sectoral contribution to the Indian GDP and also to increase the competitiveness, ease of doing business and creating a favourable investment environment for the sector,” he added.

Lauding the Government’s move for promoting ease of transfer for non-auctioned captive mines to increase mineral production from such mines in the country, Rahul Sharma, Co-Chair, Ficci Mining Committee and CEO, Aluminium and Power, Vedanta Ltd, said: “Amendments in the MMDR are reflective of the fact that the government considers mining sector as a key contributor to the vision of Atmanirbhar Bharat. These amendments shall result in enhancement of mineral production across the spectrum, creating more jobs and will be a major boost to critical industries like cement, aluminium and steel, which are primarily dependent upon key raw materials provided by the mining sector. A renewed focus on exploration will attract huge investments.”

Availability of mineral resources would play a crucial role in determining India’s growth trajectory towards becoming Atmanirbhar Bharat and achieving a $5 trillion economy.