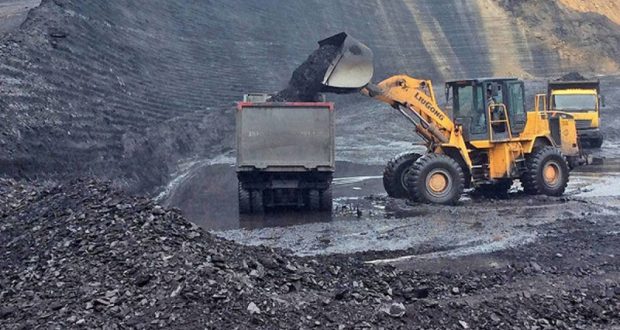 Sufficient stock for non-power sector, efforts on to step up supply: Coal Ministry

Coal India Limited (CIL) is currently supplying around 3.4 Lakh tonnes of coal per day to non-power sector (NPS) which is the company’s average supply to this segment. With more than 37 million tonnes (MTs) of coal at its pitheads, CIL aims to further step up supplies to this sector, Union Coal Ministry said in a statement.

CIL’s dispatch to NPS during April-January FY’22 at 101.7 million tonnes (MT) was up by 8.2 per cent compared to 94 MTs in corresponding period of a standard pandemic free FY’20. For comparable period of even FY19, when CIL recorded the highest ever total coal dispatch since its inception, supply to NPS sector grew by 11 per cent over 91.5 MT, it added.

Growth in supplies to NPS customers was at a higher rate than the supplies to the power sector during this period. In April’20-January 21 dispatch to NPS segment at 105 MT was higher by a little over 3 MTs compared to same period of FY’22. The reasons for increased dispatch during the Covid ravaged year were several.

As coal intake for major part of FY’21, witnessed demand disruption caused by Covid, CIL scaled up supplies to NPS segment. Further, NPS customers also opted to lift higher volumes of coal as CIL‘s e-auction sales were capped at notified price for the first half of FY 2021.The NPS imports around 170 MTs of coal in any given fiscal for blending with domestic coal. But in FY’22 the unusually high international coal prices proved to be a hindrance for importing requisite quantity giving rise to scarcity of coal at their end. CIL has sufficient buffer stock to further increase supply to non-power sector.

FY22 has witnessed an unprecedented surge in power generation, the growth rate being the highest in a decade, necessitating the need to meet the power sector’s coal demand on a national priority. Riding on robust economic recovery total coal-based power generation till January’22 of the fiscal in progress grew by 11.2% on year-on-year comparison. Whereas domestic coal-based generation was up by 17% during this period. Bulk of the coal supply to power sector was met by CIL on priority.

In a sharp contrast power generation by14 imported coal-based power plants was down by 48 percent during April-January 2021-22. Meeting the resultant generation gap fell on domestic coal-based generators requiring enhanced indigenous coal supply. CIL supplied to the tune of around 20 MTs of this additional demand. In other words, imports were curtailed to that extent.

Despite prioritization of coal to power sector and facing other challenges, CIL at 101.7 MT till January FY’22 supplied 97% of same period last year’s quantity to NPS customers.