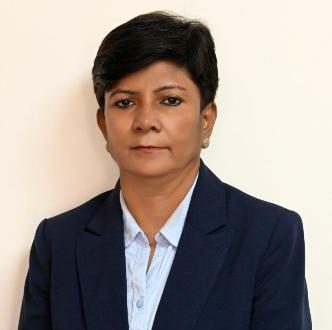 Sukla Mistry on Monday took over as the first woman functional director on the board of Indian Oil Corporation (IOC), the nation’s largest oil refining and fuel marketing company.

She has taken over as Director (Refineries) of IOC, the company said in a statement.

She will also be holding the positions of Director on the board of Chennai Petroleum Corporation Ltd (CPCL) and the 60 MMTPA Ratnagiri Refinery & Petrochemical Ltd, the world’s largest grassroots refinery project coming up in Maharashtra.

Mistry will continue to hold the post of non-executive director on the board of IHBL, a joint venture company of three leading oil and gas central PSUs.

As Director (Refineries), she “shall spearhead the business and operations of nine refineries and petrochemical plants of IOC,” it said.

Prior to taking over as Director (Refineries), she was heading IOC’s 6.0 million tonnes per annum Barauni refinery in Begusarai of Bihar as the only woman Executive Director & Refinery Head leading an IOC refinery.

Mistry is also the first woman in IOC to hold the position of Executive Director & Refinery Head of a company unit — first at Digboi Refinery (Assam) from January 1, 2018, to February 7, 2019, and later went on to lead Barauni.

“Some of the major achievements under her tenure have been the implementation of the mega BS-VI projects, the roll-out of BS-VI grade fuel from the refinery much before its stipulated timeline, supply of ethanol-blended petrol and XP-100 petrol, setting-up of Continuous Catalytic Reforming Unit by sourcing reformates from other refineries, thereby increasing the GRM of the refinery,” the statement said.

With over 35 years of extensive experience in refining and petrochemicals operation, she has also been a key part of the prestigious team that set up India’s largest Naphtha Cracker Complex, including its captive power plant and Styrene Butadiene Rubber Project of Indian Synthetic Rubber Private Limited at Panipat Refinery.