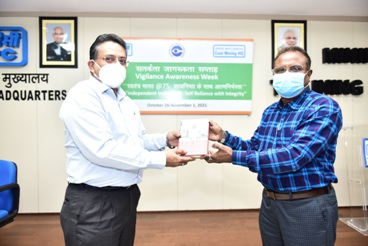 The observance of Vigilance Awareness Week concluded today at NTPC Coal Mining Headquarters. On the occasion, a workshop on Preventive Vigilance was conducted for the employees.

The workshop, which was attended by Head of the departments and employees, intended to create awareness on being vigilant during the pre and post award contract process during the award of the contract. It also focused on the Dos and Don’ts during performing official work and stressed upon integrity and transparency.

“NTPC is focusing on four areas to promote integrity which is also the core value of the company. The four areas are: E Governance, Systematic changes in procedures, technical innovation-based systems and digitization of processes,” said Bose.