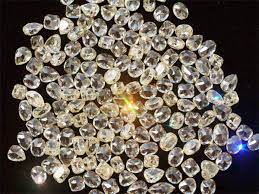 Sanctions imposed by the United States and European nations on Russia and, consequently, on Alrosa, Russia’s biggest diamond miner, will have a bearing on the growth of India’s diamond polishing industry.

Alrosa supplies 30% of the rough diamonds globally and is a critical source for India, which imports, cuts and polishes 80-90% of the world’s roughs.

The sanctions have severed Russia’s central bank and two major banks from the SWIFT system. While they do not prohibit business with Alrosa, trade settlement has become difficult, which could lead to supply disruptions.

The Indian diamond industry, which is almost entirely export-oriented, is likely to clock revenues of $24 billion this fiscal, bouncing back to pre-pandemic levels. It was expected to log a compound annual growth rate of 5-7% over the medium term — on the back of steady demand and hardening prices — before the Russia-Ukraine war began.

Amid mining-side challenges, production curbs by miners and rapid increase in demand over the course of the pandemic, average inventory levels of Indian diamantaires have reduced to about three months from over four months earlier. This will still allow them to continue operations if the current disruption prolongs for a quarter.

“If the trade disruption is protracted, next quarter’s sales will be down by 25-30%, shaving off about $2-2.5 billion. That would mean flattish growth next fiscal. The decline would have been steeper but for the reasonably leaner period of the first half, when the industry generally reels in 45% of its annual sales. Any increase in the severity or tenure of the sanctions will have a deeper impact and remains a monitorable,” says Rahul Guha, Director, CRISIL Ratings Ltd,

Operating profitability of Indian diamantaires has been under pressure since the second half of this fiscal, because of inability to fully pass on a sharp 21% increase in the prices of roughs since the start of this fiscal. The prices of polished diamonds just haven’t kept apace.

Prior to the Russia-Ukraine war, buoyant demand meant prices of roughs were expected to rise 10-12% on-year next fiscal. Now, CRISIL expects them to rise by a further 5-8% amid the supply-side constraints.

With the exhaustion of pent-up demand, the opening up of other areas of discretionary spending such as travel and hospitality, and the tempering of consumer sentiment because of the war, diamantaires might once again find it difficult, at least in the immediate term, to fully pass on higher prices of roughs. This could lead to a potential 75-100 bps drop in their operating profitability to 4-4.5% next fiscal.

“Nevertheless, the credit risk profiles of diamantaires is expected to be stable as the decline in sales and profitability will be compensated by controlled indebtedness on the back of a forced reduction in inventory levels. Gearing is expected to remain well below 1 time, while TOL/TNW will remain under 1.5 times for the industry,” opines Jumana Badshah, Associate Director, CRISIL Ratings Ltd.