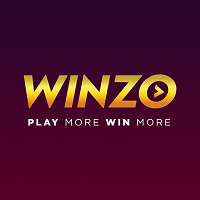 Vernacular social gaming platform WinZO on Monday said that it has bought back early investor Hike’s shares for $12 million, making it one of the largest buyback transactions by an early stage firm in the Indian start-up ecosystem. The move gives a complete exit to Hike with four-fold returns on their investment in May 2019.

Hike had participated in the $5 million Series A funding in WinZO in 2019 and has received 4 times returns within a span of 18 months, the company said in a statement.

The gaming startup recently raised additional $13 million from its existing investors Stephan Pagliuca, Makers Fund, and Courtside Venture, taking to total raised value to $18 billion in its Series B round.

“Hike’s been given a complete exit from WinZO. As founders, we are humbled to have a Board that is extremely bullish, and completely aligned with the audacious goals we have set for ourselves. They had immensely supported the company through the process,” said Paavan Nanda, Co-Founder of WinZO.

The move came after the gaming start-up raised additional $13 million capital from its existing investors Stephan Pagliuca, Makers Fund and Courtside Venture. These investors had led the $18 Million Series B fund raise for WinZO in September 2020, taking the total fund raise tally for the three-year-old startup to $38 million.

WinZO recently announced a game developer fund-II of a $5 million corpus after its series B fund raise. It has also announced initiatives to groom the aspiring content creators through structured training programmes.