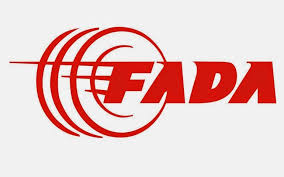 YoY vehicle registrations plunged by over 28pc in March: FADA

Vehicle registrations in India declined by 28.64 per cent on a year-on-year (YoY) basis in March 2021. However, the data released by the Federation of Automobile Dealers Associations (FADA) showed a sequential growth of 10.5 per cent in March.

Accordingly, vehicle registration stood at over 16.49 lakh in March 2021, compared to over 23.11 lakh units reported for the corresponding period of last year and around 14.99 lakh in February 2021.

Similarly, tractor registration rose 29.21 per cent on a YoY basis in February to 69,082 units.

Tractors and Passenger Vehicles (PV) were the only two categories which saw healthy double digit growth. This growth can be associated with multiple factors like low base of last year, transition from BS-4 to BS-6 and India going under total lockdown, said FADA President, Vinkesh Gulati.

Global shortage of wafers which is an input for semiconductor, continued to linger around and kept PV waiting period as high as 7 months. According to FADA Survey, 47 per cent PV dealers said that they lost more than 20 per cent sales due to supply side constraints.

In contrast, two-wheeler registration fell by 35.26 per cent to over 11.95 lakh units. According to Pew Research, financial woes brought by Covid-19 have pushed about 32 million Indians out of the middle class, undoing years of economic gains. This had its impact on 2-wheelers as it saw one of its steepest de-growth in last few months. This coupled with high fuel prices and price increase acted as double whammy. It not only created a havoc in entry level customers mind but also kept them away from visiting showrooms.