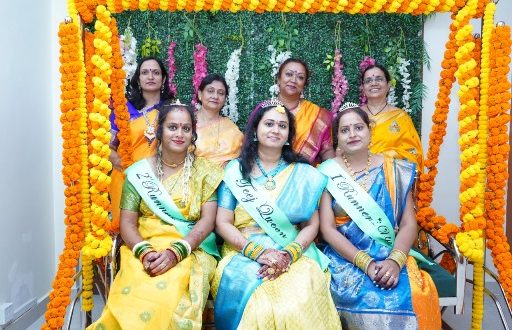 The Teej program began with welcoming Swayamsiddha Ladies Club President Mahua Mazumder by the executive members of the Club. Later, Club Secretary Smitha Wilson invited the members to participate in the Teej festival.​​

Addressing the gathering, Smt Mazumder spoke about the significance of the Teej Festival. “Worshipping Lord Shiva and Goddess Parvati in the month of Sawan is considered very auspicious. Due to the greenery all around Sawan, it is also called Hariyali Teej,” she said.

Besides, Teej Queen Competition was also organised for the members, and Smt. Ramya was crowned “Teej Queen” and Smt Reshma Behera and Smt Gangotri Das were adjudged the first runner-up and second runner-up, respectively. The winners were selected through Self-Introduction, Ramp Walk and Question & Answer rounds by the judges.

Cultural program was the added attraction during the festival in which all members of the Club took part to make the event a grand success.