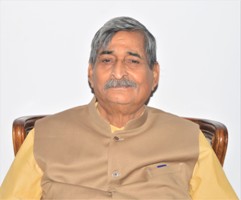 Reliance to AIIMS – Efficient leadership is a prerequisite for everything

When Mukesh Ambani speaks on a subject, it is usually not possible to ignore it. He recently gave clear indications that the succession plan of Reliance Industries Limited (RIL) is ready. It is certainly a good thing that the chairman of the country’s largest industrial conglomerate, Mukesh Ambani, has informed the nation about the possible changes in his group in the coming times.

RIL is active in the energy, telecom, retail, and other sectors, with an estimated seven lakh employees and lakhs of shareholders. All eyes are set on the ups and downs in Reliance as it is the biggest board of the Indian industry. Mukesh Ambani is only 64 years old and can hold onto the command of Reliance for a few more years. The top executives of all companies and institutions should prepare their potential successors in time. It is no surprise that everyone’s active career comes with an expiry date. After that, they have to leave their post, either happily or under compulsion.

Therefore, it would be better if the promoter of a company, Chairman, or a person holding a responsible post of an institution should prepare one or more successors. Getting a better successor does not affect the growth of any company or institution. The transfer of power takes place without any crisis or disruption. One can continue to advise the company as a mentor or even provide guidance after stepping down from the top-most post or as the Chairman.

Ratan Tata stepped down as the Chairman of Tata group in 2017. He has since been the Chairman, Emeritus of the Tata Group. He has separated himself from everyday work. However, the Tata group still thrives by taking advantage of his limitless experience while making significant decisions. There is no substitute for experience.

Air India was acquired by the Tata group sometime back. It is believed, that Ratan Tata also wanted his group to take over Air India. After all, Air India was earlier with the Tata group. So the Tata group was also emotionally attached to it. If we talk about politics outside the industry, only those leaders are remembered, who prepare their successors impartially. That is what happens in candor-based parties like BJP. In parties like Congress, Samajwadi Party, Bahujan Samaj Party, the axis of the party revolves around one person. The result of this is that there is a lot of political in-fighting within the party itself. Their development and expansion are also not properly done.

It would be difficult to even count the number of times Congress has broken down. You can see the Trinamool Congress Party (TMC) in West Bengal and the Nationalist Congress Party (NCP) in Maharashtra. These are the parties that came out of Congress itself. After leaving the Congress, from Babu Jagjivan Ram to VP Singh, Narayan Dutt Tiwari, Hemvati Nandan Bahuguna, etc. had also formed their parties. However, some of these leaders re-joined the Congress.

After a certain period, such a prestigious party of our country got infested with termites because a particular family took possession of it, thereby, converting it into a private limited company. Unfortunately, till a few years ago, in our sports federations and other federations, the same person held all the power for decades. They created obstacles, closing all the paths to new talented people coming forward. They didn’t even have any new ideas and were solely bothered about sticking to the chair power. That was when we used to go to International sporting events like the Olympics to simply make a symbolic presence.

Now our players have started winning gold medals, and that too in fields like athletics. That is because we have started giving opportunities to new people in our sports federations and other federations. Until a few years ago, could we have imagined that we would be able to reach this milestone? Our players are doing profoundly well because our sports federations are showing up with energetic faces. An institution where new faces will not enter or are not allowed to enter will naturally reach a point of stagnancy. There can be no debate about this.

Those who follow the banking sector are well acquainted with Aditya Puri. He is the mastermind who created and set up HDFC Bank, which is currently among the top-tier banks in the country. After leading HDFC Bank for a long time, Puri passed away. But, he prepared many worthy successors of his own, teaching them qualities of leadership and finance. That’s why the transfer of power there happened with ease and pleasure. HDFC Bank is moving ahead and thriving even after Puri’s departure.

Now take the All India Institute of Medical Sciences (AIIMS). The tenure of its current director Dr. Randeep Guleria is ending in March 2022. Dr. Guleria did a great job while in his post. The whole country knows him because the entire country has faith in the capabilities of AIIMS. But do you know what made AIIMS stand out as an institution of excellence? The name of that great doctor, teacher, and administrator was Dr. B.B. Dixit (1902-1977). When AIIMS was established (in 1956), the government offered Dr. Dixit to take over as its first director. He accepted it too.

Before this, he was the principal of B.J. Medical College, Pune. He was also a professor of Physiology. Some people formerly associated with AIIMS say that Dr. Dixit had told the government that he would come to AIIMS only when he would get a free hand to work. Dr. Dixit brought in the best professors and doctors to AIIMS. He used to make every appointment solely based on merit. He constantly encouraged and fostered the proper environment for research in AIIMS.

Dr. Dixit was an extremely fair person who supported truth and justice. He gifted India with a world-class medical institution in the form of AIIMS while simultaneously preparing efficient successors. The bottom line is, without efficient leadership no institution can touch heights of greatness. For an institution to thrive, it should receive just and hardworking leadership.

(The writer, a former Member of Rajya Sabha, may be reached at: rkishore.sinha@sansad.nic.in)