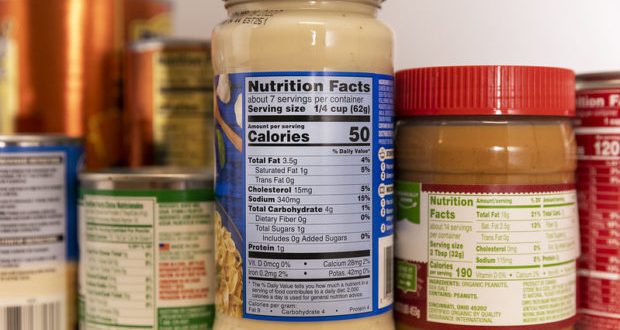 If India is to safeguard its people’s lives particularly children from the looming crisis of deadly non-communicable diseases (NCDs), it need to urgently and mandatorily adopt front-of-package warning labels (FOPWL) on all ultra processed foods (UPF), health experts said on Friday.

At a webinar held here today, the experts discussed the issue threadbare and cited recent research noting that overconsumption of ultra processed foods and beverages is leading to overweight and obesity – key risk factors for cancer, cardiovascular disease, non alcoholic fatty liver and various other deadly diseases. They called upon the Government to urgently consider application of mandatory warning labels on ultra-processed foods and food products high in sugar/salt or saturated fat.

Presiding over the webinar, Indian Association of Preventive and Social Medicine (IAPSM) President Dr. Suneela Garg said, “Right-to-health is a fundamental right of every citizen. Therefore, in Indian context, States are required to adopt regulatory measures such as front-of-package warning labelling on foods and beverages containing excessive amount of wasteful nutrients such as sugar, to tackle the rising burden of obesity and non-communicable diseases.”

Experts from Paediatric and Adolescent Nutrition Society (PAN)-IAP Nutrition Chapter and Epidemiology Foundation of India (EFI) criticized the food industry for trying to delay and dilute the warning labels guidelines for their vested interest. They emphasized that marketing of packaged food items are a health hazard for children below 5 years and adolescents as they are the most vulnerable group to NCDs due to consumption of unhealthy foods.

Presenting evidence from around the world, Neha Khandpur, Faculty of Public Health from the University of Sao Paulo, Brazil’s Centre for Nutrition said, “Warning labels have consistently been shown to be most effective at improving consumer understanding, influencing their purchase decisions and supporting healthy food choices. They also are most likely to encourage product reformulation.”

“Warning labels are the strongest nutrient-based label that India should consider implementing,” she suggested.

Dr. Arun Gupta, Convener of Nutrition Advocacy in Public Interest (NAPi), a national think tank working on nutrition policy, said, “This is happening at a time when India is showing a tremendous rise in sales of ultra processed food (UPF) products both in the category of food and beverages.

If we don’t put a break to this rise now, India will join the club of obesity epidemics in developed nations like the UK and the USA in the coming decade. Food industry is meant for making profits for their shareholders and will not comply unless our food and beverage regulators make it mandatory,” he warned.

Pushpa Girimaji, consumer rights columnist and consumer safety advocate, pointed out that “the Consumer Protection Act of 2019 gave consumers the right to be protected from unsafe and unhealthy food through clear and unambiguous label information and appropriate warning in a manner that is easily comprehended by all, including those who cannot read or understand the label.”

She also talked about PILs filed in the Supreme Court in this regard that ensures the right to safe food as part of the right to life.

“So, in order to enforce  these  rights fully and protect citizen/consumer interest, the State or more specifically, the FSSAI, should  introduce a front of label  colour coding or such other easily comprehensible warning labels on foods high in sodium, sugar and saturated fat,” she opined.

Echoing similar views, Prof. HPS Sachdev, a researcher on nutrition, said that there should be strong and mandatory warning label based on the WHO thresholds of nutrient profile modeling, while pointing out that 50 per cent of the children’s population is suffering from cardiometabolic risk factors due to unhealthy packaged food consumption, as per the CNNS 2016-18 survey. According to the global data, nearly 5.8 million people or 1 in 4 Indians are at the risk of dying from an NCD before they reach the age of 70. Disease burden of NCDs has increased from 30 per cent ‘disability-adjusted life years’ (DALYs) in 1990 to 55 per cent in 2016, with deaths due to these conditions increasing from 37 per cent in 1990 to 61 per cent in 2016. Ditto is the case with cardiovascular diseases (CVDs), untreated and uncontrolled hypertension which contribute to an estimated 1.6 million deaths annually in India.