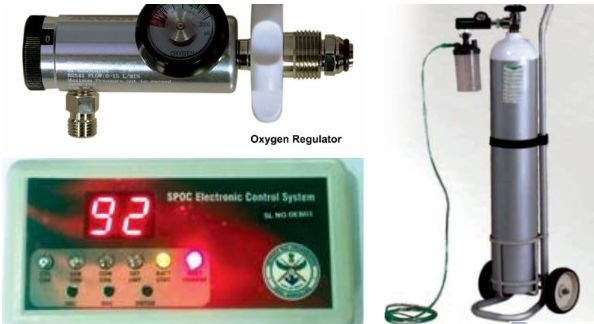 The Union government on Wednesday approved the procurement of 1.5 lakh units of ‘Oxycare’ system developed by the Defence Research and Development Organisation (DRDO) to help in the treatment of COVID-19 patients.

The ‘Oxycare’ systems will be procured at a cost of Rs 322.5 crore using the PM-Cares Fund, according to the Defence Ministry.

The ministry said 1,00,000 manual and 50,000 automatic Oxycare systems are being procured.

“The Oxycare system delivers supplemental oxygen based on the SpO2 levels and prevents a person from sinking into a state of hypoxia which can be fatal,” the ministry said in a statement.

Oxycare is an oxygen supply system based on SpO2 (oxygen saturation) level. The DRDO has already transferred the technology to multiple industries in India for large-scale production of the Oxycare system.

“The system is indigenously developed for operation in field conditions and is robust. It can be effectively used to treat COVID-19 patients,” the ministry said.

It said the variants of the system have been configured.

“In the second configuration, the oxygen cylinder is equipped with electronic controls which automatically regulate the oxygen flow through a low-pressure regulator and an SpO2 probe,” it said.

The current medical protocol recommends oxygen therapy for all severe and critical Covid-19 patients. Given the current status of oxygen generation, transport and storage, oxygen cylinders have proved to be effective. Considering the present COVID pandemic situation with large number of individuals requiring oxygen therapy, sourcing only one type of system may not be practical, as all the manufacturing plants making the basic building blocks of the system are already running at their maximum capacity.  A mix and match of the system would prove to be a useful arrangement in the given situation. While the capacity of existing domestic manufacturers of carbon-manganese steel cylinders is very limited, as an alternative, DRDO has suggested light material portable cylinders which can easily act as substitutes for normal oxygen cylinders.