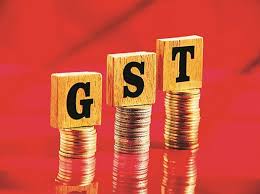 The Union Government has released the final weekly instalment of Rs 4,104 crore to the States to meet the GST compensation shortfall.

With the current release, 100 percent of the total estimated GST compensation shortfall of Rs 1.10 lakh crore for FY2020-21 has now been released to the States and UTs with Legislative Assemblies.

Out of this, an amount of Rs 101,329 crore has been released to the states and Rs 8,879 crore to the 3 UTs with Legislative Assemblies.

The Central government had set up a special borrowing window in October 2020 to meet the estimated shortfall of Rs 1.10 lakh crore in revenue arising on account of implementation of Goods & Service Tax (GST). The borrowings are being done through this window by the Centre on behalf of the states and UTs.

With the current release, the proportionate pending GST shortfall with respect to borrowing under both 5-year and 3-year tenure has been concluded for 23 States and 3 Union Territories with legislatures. The remaining five States don’t have any GST compensation shortfall.