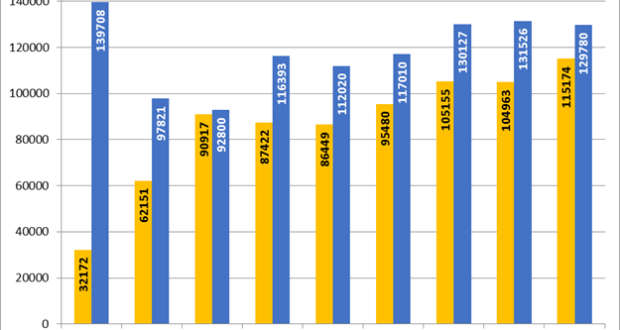 The government has settled Rs 25,568 crore to CGST and Rs 21,102 crore to SGST from IGST as regular settlement. The total revenue of Centre and the States in the month of December 2021 after settlements is Rs 48,146 crore for CGST and Rs 49,760 crore for the SGST.

The GST collection in the month is close to Rs 1.30 lakh crore despite reduction of 17 per cent in the number of e-way bills generated in the month of November, 2021 (6.1 crore) as compared to the month of October, 2021 (7.4 crore) due to improved tax compliance and better tax administration by both Central and State Tax authorities.

Coupled with economic recovery, anti-evasion activities, especially action against fake billers have been contributing to the enhanced GST, the Ministry said.

The improvement in revenue has also been due to various rate rationalization measures undertaken by the Council to correct inverted duty structure, it added.