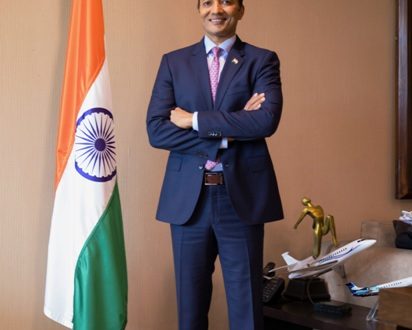 Flag Foundation of India (FFoI) is remembering the historic day of 22nd September 1995 as a milestone day in the struggle to democratize the Indian Tricolour, our beloved Tiranga. On this day in 1995, present FFoI President, Naveen Jindal filed a writ petition in Delhi High Court seeking to amend the Flag code of India. At that time, common citizens were barred from displaying the national flag as per the Flag Code of India. Only government offices and vehicles of the top government officials and dignitaries were allowed to display the national flag.

In 1993, Jindal was stopped by one of the officials in Chattisgarh from displaying the national flag inside the Jindal Steel complex, in Raigarh. He then decided to file a writ petition in 1995 to amend the Flag Code of India to make display of the National Flag a fundamental right for every citizen of the country. After an almost decade-long legal battle, on 23rd January 2004, Jindal finally won the right to display the Indian flag with respect and dignity throughout the year for every Indian citizen, when the Supreme Court of India pronounced a historic verdict and amended the Flag Code of India. The apex court allowed every citizen of the country to display the Indian National Flag, our Tiranga, throughout the year with respect and dignity.

“It was a historic moment for every Indian. Jindal had shown extraordinary determination, respect and love to democratize the Tiranga for every Indian. We are remembering this historic day to reinforce the values our beloved Tiranga symbolizes. As FFoI, we keep organizing awareness campaigns for popularizing the use of Tiranga with respect round the year,” said Maj. Gen. Ashim Kohli (Retd.), CEO, Flag Foundation of India in a statement.

“We are grateful to our Honorable Prime Minister for launching the Har Ghar Tiranga campaign earlier this year. We have extended the slogan ‘Har Ghar Tiranga’ to ‘Har Ghar Tiranga, Har Din Tiranga’. Through this call of HarGharTiranga, Har Din Tiranga we hope to remind every citizen that they should display the National Flag every day at their workplaces and homes and also understand their duties and responsibilities as enshrined in the constitution of our country while taking inspiration from the Tiranga,” he added.

The Flag Foundation of India was set up on 3rd June 2003 by Naveen Jindal and Shallu Jindal with a vision to popularize the display of the Tiranga by more and more Indians, with a great sense of pride.