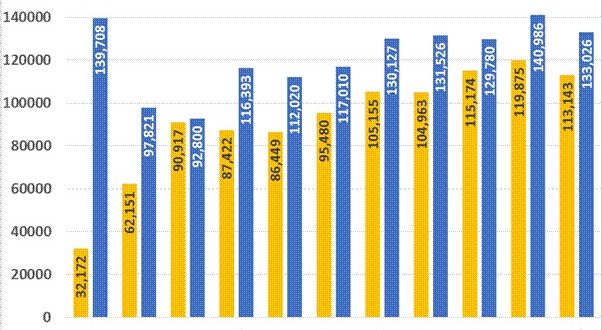 Notwithstanding the Omicron effect, the GST collections grew 18 per cent to over Rs 1.33 lakh crore in February 2022. This is for the fifth time in the current fiscal that the Goods and Services Tax (GST) collection has crossed Rs 1.30 lakh crore mark.

The ministry said February, being a 28-day month, normally witnesses revenues lower than in January.  This growth in February 2022 should also be seen in the context of partial lockdowns, weekend and night curfews and various restrictions that were put in place by many states due to the Omicron wave, which peaked around January 20, it added.