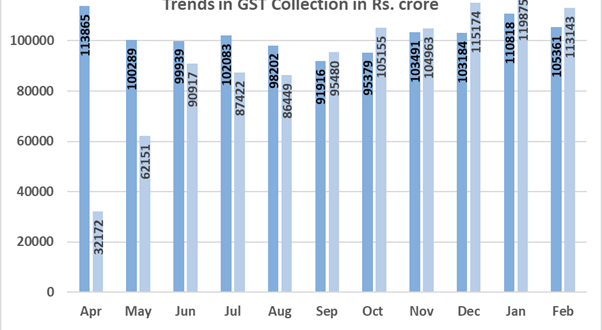 Indicating post-pandemic economic recovery, GST collections crossed the Rs 1 lakh crore-mark for the fifth month in a row, rising 7 per cent to over Rs 1.13 lakh crore, the Finance Ministry said on Monday.

The collection is, however, lower than the record Rs 1,19,875 crore collected in the previous month.