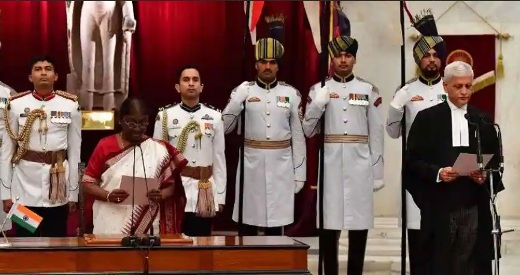 Justice U U Lalit sworn in as CJI

Justice Uday Umesh Lalit was on Saturday sworn in as the 49th Chief Justice of India (CJI).

President Droupadi Murmu administered him the oath at a brief ceremony held at the Rashtrapati Bhavan.

As the CJI, Justice Lalit will have a tenure of 74 days and would demit office on November 8 on attaining the age of 65 years.