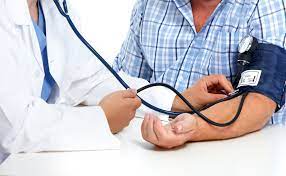 Undiagnosed and untreated hypertension is the main risk factor for stroke which is the second leading cause of death and disability after ischaemic heart disease across the world.

Studies show that at least 64% stroke patients have hypertension which is the most prevalent risk factor for this deadly cardiovascular event. With stroke burden increasing exponentially in India, doctors from All India Institute of Medical Sciences (AIIMS) say that it is time to focus on hypertension treatment – a prevention strategy that is achievable and can save millions of lives.

Dr Pradeep Aggarwal, Professor, Community Medicine, AIIMS Rishikesh says, “It is time we recognised that hypertension, an easily treatable condition, has far reaching repercussions. Raised blood pressure can result in stroke which not only causes premature death and life-long disability, but also throws families into irrecoverable financial shocks and loss of income. As the stroke survivors are a relatively younger population in India, we must bear in mind that this means loss of income and a curtailed work life.”

Stroke is responsible for an estimated 5.6 million deaths and 116.4 million disability-adjusted life years (DALYs) worldwide, as per 2016 data. In India, incidence of stroke ranges from 116 to 163 people per 100,000 population. Studies have revealed that the increasing prevalence of hypertension in India is likely to push up the stroke burden of the country.

Dr, Surender Deora, Senior Cardiologist at AIIMS Jodhpur warns that severe hypertension has been correlated with a poorer prognosis and even higher mortality in stroke patients. “In majority of cases, we see that ischaemic stroke is linked to poor control of high blood pressure. What we describe as the stroke burden is not just due to its high mortality rate. Stroke is a massive public health and well-being concern because upto 50% survivors remain disabled for the rest of their lives. This has a devastating socio-economic impact.”

According to a study on stroke epidemiology in India, the incidence of stroke in South Asian countries has increased by more than 100% in the past 4 decades. By 2050, it is estimated that 80% of the burden of new strokes will be in low and middle income countries. As a result of the epidemiological transition sweeping through India, stroke prevalence is set to rise in the coming years.

Dr. Rakesh Kakkar, Professor and Head of Department, Dept. of Community and Family Medicine, AIIMS Bathinda, says, “Paying attention to the stroke-hypertension connection now, will pay dividends in the future. There is no dearth of evidence from clinical practice and from the grassroots that untreated and uncontrolled blood pressure is the most common cause of stroke. We must do what we can to reign in the damage caused by high blood pressure, treatment for which is affordable and easily available. Making treatment available and ensuring people adhere to it, can go a long way in strengthening our defence against stroke.”

AIIMS Bathinda, Jodhpur, Gorakhpur and Rishikesh have come together to provide thought leadership on keeping hypertension treatment prioritised as an issue of national importance, supported by Global Health Advocacy Incubator (GHAI).
Although easy to diagnose and simple to treat with low cost medicines, high blood pressure is now a full-fledged health crisis with at least 1 in 4 adult Indians suffering from this condition. For a nation wide response to meet India’s commitment of 25% relative reduction in prevalence of high blood pressure by 2025, the India Hypertension Control Initiative (IHCI), a multi stakeholder initiative led by the Ministry of Health & Family Welfare, World Health Organization, India,  the Indian Council of Research and Resolve to Save Lives (technical partner), has been rolled out in the country and by June 2022 was being implemented in 105 districts across 21 States covering 15,000+ health facilities. Twenty five lakh patients with hypertension have been enrolled in the program and they are being followed up to ensure blood pressure control.