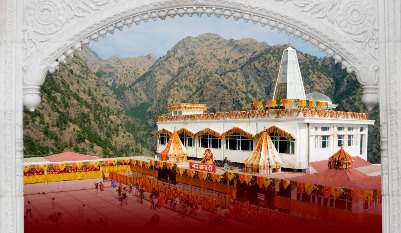 Sharma said that he would try to facilitate a seamless journey of Mata Vaishno Devi to ensure satisfaction of the devotees over the arrangements by the Shri Mata Vaishno Devi Shrine Board and a proposal to this effect would be moved in the Board meeting.

“A proposal would be submitted regarding the construction of ropeway from Katra to Ardhkumari and Ardhkumari to Bhawan. A special emphasis would also be laid on constructing an alternate route for the return of devotees after the darshan,” he said.

Sharma also stressed exploring options to manage the crowd on the lines of Tirupati Balaji, where arrangements have been made for the devotees to wait for their turn for the darshan in waiting halls built at various places.

A notification approving the reorganization of the Board for three years has been issued by Sinha who is also the Chairman of SMVDSB.

Apart from Sharma, seven other prominent personalities from various walks of life such as medical profession, NGOs and Civil Services have been nominated as the Board members of Shri Mata Vaishno Devi Shrine Board. Other members of the Board are: Mahamandaleshwar Swami Vishveshvaranand Giriji Maharaj of Mumbai; Kul Bushan Ahuja of New Delhi; Neelam Sareen of Jammu; former IPS officer Ashok Bhan of Jammu; former IAS officer Baleshwar Rai of Gurugram; former Judge Suresh Kumar Sharma of Jammu and Raghu K. Mehta of Jammu.

To recall, K K Sharma has been contributing to the floral decoration of Maa Vaishno Devi on various occasions for more than two decades; and has also been associated with the Shrine Board.

One of the holiest Hindu temples, Vaishno Devi, is located at Katra town in Jammu district.The temple is situated at an altitude of 5,200 feet, about 12 km from Katra.