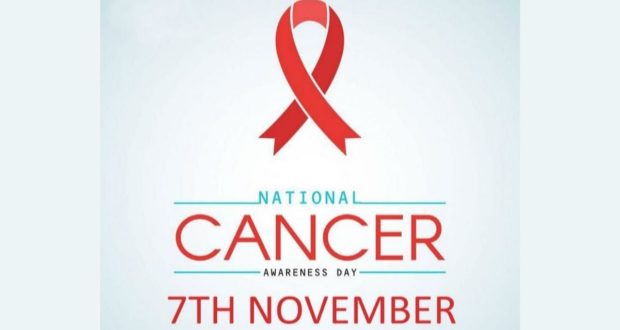 Most Common Cancers in India

Even in the current era of advanced medical science, cancer is believed to be one of the most feared diseases throughout the world. While the USA and China are currently dealing with a maximum number of cancer cases, India is third. Approximately 1.1 million cancer cases are found in Indian healthcare every year.

According to the National Cancer Registry Programme report, Indians suffer from various types of cancer every year. The rise in urban pollution has led to an increased rate of obesity, tobacco and alcohol consumption. As a result, the rate of cancer is growing in India. The Indian Council of Medical Research (ICMR) studies predict a possible 12% rise in cancer rate in India by the next five years.

The most common types of cancer found in India are:

Breast cancer forms in the breast cells, commonly seen among women. Breasts are parts situated on top of the upper ribs and chest muscles. These consist of glands, ducts, and fatty tissue. The cancer cells start from the breasts and then spread to other body parts through the blood or lymph system. Some of the common symptoms of breast cancer include the following.

•    Lumps or thickening on the breast tissues

•    Changes in size and appearance of the breasts

•    Changes in the breast skin

•    Redness or pitting on the skin

•    Peeling or scaling on the skin

Breast cancer is one of the most common cancers in India. Women over the age of 50 are most prone to getting breast cancer. Other than that, genetic mutation and issues with the menstrual cycle often result in causing this cancer. Furthermore, family history of breast cancer and previous treatment through radiotherapy can also contribute to this condition.

According to a WHO report, more than 2.3 million women were diagnosed with breast cancer. Currently, it causes 685,000 deaths as of 2020 in the global aspect. However, about 7.8 million women have survived breast cancer for the past five years. Approximately only 0.5%-1% of breast cancer cases are seen in men.

Cancer cells mainly start developing from the mouth or throat tissues in oral cancer. This type of cancer primarily grows in the squamous cells. Oral cancer includes cancer development in body parts, including lips, tongue, cheeks, hard and soft palate, mouth, sinuses, and pharynx. Some of the common symptoms of oral cancer are as follows.

•    A growth anywhere in your mouth

•    White or red patches around your mouth

It is another standard type of cancer. When it comes to the risk factors, men are more prone to developing oral cancer. Notably, people over 45 years old might be at higher risk. Moreover, lack of oral hygiene and dental care might also cause this condition. Poor nutrition and a weak immune system of individuals can also cause this cancer.

Oral cancer cases have been increasing in India. According to a study, there are currently 77,000 new cancer cases. Deaths because of this cancer have increased to 52,000 in India. The 5-year survival rate has reduced to 20%.

While considering the common types of cancers in India, cervical cancer is worth mentioning. This type of cancer occurs in the cells of the cervix. It is the lower part of the uterus connecting to the vagina. Human papillomavirus (HPV), a sexually transmitted infection, is often responsible for causing this cancer. Some of the symptoms of this cancer include:

•    Vaginal pain or bleeding after intercourse

Cervical cancer is common among women who have less access to screening regarding HPV. People over the age of 30 years are more prone to developing this condition. Moreover, women addicted to smoking have a higher chance of being diagnosed. Furthermore, women using oral contraceptive pills are also at increased risk.

According to a study, there have been about 570,000 cases of cervical cancer across the globe. The death rate has increased to reach almost 311,000. About 99% of all these cases are connected to HPV.

In the Indian context, about 122,844 cervical cancer cases are seen annually, as per a study. India is considered accountable for about one-third of the global deaths because of cervical cancer. Approximately 6%-29% of all cancers in Indian women turn out to be cervical.

In this condition, cancer cells start forming in the stomach lining. As the stomach is responsible for processing food and digestion, this type of cancer can be painful and life-threatening. Although the stomach contains five layers of tissues, gastric cancer begins in the mucosa, the uppermost layer. The following list describes the symptoms of this cancer.

•    Indigestion and other stomach discomforts

•    The bloated feeling after eating

It would help if you considered gastric cancer while discussing common types of cancers in India. People having diets rich in salty and smoked food are most likely to develop this cancer. Lack of eating fruits, vegetables and properly processed food can also cause it. Older males and chain smokers are more at risk of getting gastric cancer.

According to a report from GLOBOCAN 2018, stomach cancer is the third most deadly cancer across the globe. It has caused nearly 7,83,000 deaths as of 2018. In addition, it contributes to 5.7% of all cancer diagnoses, causing 1 million cases annually.

In the Indian context, there are currently about 34,000 gastric cases with a male predominance, according to recent data. Every year, India reports nearly 50,000 new cases of gastric cancer. The 5-year survival rate is about 27%.

This type of cancer begins in the lungs. Lungs are two organs in your chest, essential for helping you inhale oxygen and release carbon dioxide. Lung cancer is often the leading cause of global cancer deaths. Additionally, the two types of lung cancer include small cell and non-small cell lung cancer. Some of the significant symptoms of this cancer are as follows.

Lung cancer is the most common type of cancer in India. People addicted to smoking are at the highest risk of developing this cancer. Furthermore, even people exposed to excessive passive smoking can develop this condition. Apart from that, if your workplace exposes you to asbestos or radon gas, you might be at high risk.

According to a global study, there have been 2 million new lung cancer cases as of 2018. This cancer contributes to nearly 11.4% of the worldwide cancer crisis. In addition, there has been an estimated 1.8 million deaths because of this cancer.

In the Indian context, lung cancer predominates in states like Manipur and Mizoram. About 9.3% of the cases end in deaths. According to a GLOBOCAN study, there are about 70,275 lung cancer cases in India, irrespective of age and gender. It means 6.9 people out of 1,00,000 Indian people have this disease.

Even though medical science has improved much, it has yet to develop powerful treatments to deal with cancer. Therefore, we need to take proper precautions to avoid creating these conditions.