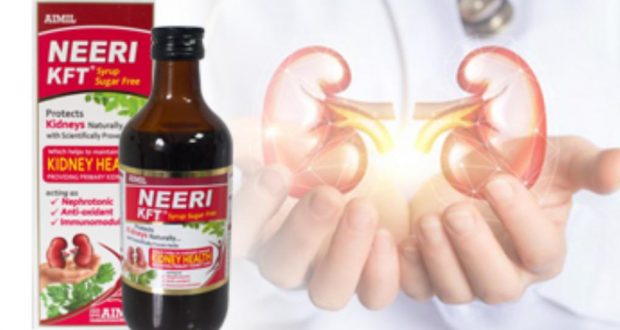 At a time when the Narendra Modi government has scaled up the Pradhan Mantri National Dialysis Programme (PMNDP) to bring relief to people suffering from kidney ailments, a team of researchers from Delhi-based Jamia Hamdard University has found evidence that certain ayurveda formulations can help rejuvenate cells of the ailing kidney by cutting down Reactive Oxygen Species (ROS), a free radical that is associated with pathological damage of the vital organ.

They reached this conclusion following administration of punarnava-based NEERI KFT herbal formulation to the patients suffering from chronic kidney disease (CKD). The formulation was found to be highly effective in detoxifying the cells of the kidney, besides reducing high levels of uric acid and electrolytes.

Explaining the benefits of ayurvedic medicine on the eve of the World Kidney Day on March 11, Banaras Hindu University Professor Dr. KN Dwivedi said, “Chronic kidney disease can be cured by a timely diagnosis of the disease. We get many patients who have claimed that ayurvedic drug NEERI KFT, prepared and marketed by New Delhi-based AIMIL Pharmaceutical India Limited, proved to be beneficial in curing kidney ailments.”

It also protects the organ from harmful compounds called advanced glycation end products (AGEs) caused by our poor eating habits, Dr. Sharma said explaining that the NEERI KFT has been prepared from the natural elements of herbs like Punarnava, Gokhuru, Varun, Pathrupara, Pasanbhed, Kasani and Palash, having antioxidant elements which help remove toxic substances from the kidney cells.

Echoing similar views Dr. Bheema Bhatt (Medical Director, Ayurvedic Medicine), Medanta Gurugram, said that he is getting a large number of kidney patients having high creatinine and urea levels and NEERI KFT has been found to be balancing the level. “We have been using it for many years with positive output.”

According to the researchers from Jamia Hamdard University, bringing ROS under control is very important in the treatment of the kidney disease as these are major factors in damaging the renal cells.

During clinical trial, nine patients were given different treatment for eight days. It was found that the group which was administered NEERI KFT had a controlled level of antioxidant enzyme. “This shows that anti-oxidant elements in the formulation not only function against ROS but also bring down its level,” said the researchers involved in the study.

Nearly, 850 million people worldwide are estimated to have kidney diseases due to various causes. Patient empowerment, partnership and improved communications, combined with a paradigm shift towards a strengths-based approach to care, can inspire confidence and hope in patients that they can ‘Live well with kidney disease’.