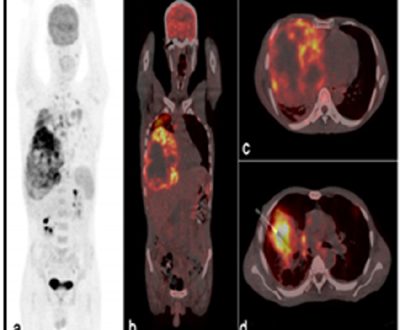 In a first in Odisha, the Nuclear Medicine team at the city-based Apollo Cancer Centres has successfully performed PET-guided biopsy recently.

Dr. Saroj Kumar Sahu, Consultant – Nuclear Medicine at Apollo Cancer Centres, Bhubaneswar who is trained in this procedure from PGI Chandigarh, opines that such procedures are a boon to many patients who fail to get diagnosed early for cancer. This procedure can also help in cutting down the delay a patient suffers before the start of treatment and thus, helps in controlling the progression of the disease.

Sudhir M Diggikar, Regional CEO, Apollo Hospitals Enterprise Ltd, congratulated the team headed by Dr. Sahu for the successful procedure, which was done for the first time in Odisha. Apollo Cancer Centres, Bhubaneswar is the group’s commitment to bring ultra modern cancer care within the reach of the people of Odisha and the neighbouring states, e said, hoping that Apollo Cancer Centres, Bhubaneswar will soon emerge as the main referral centre for cancer patients in the state, who were earlier forced to travel to metropolitan cities in their search for the best and affordable treatment.