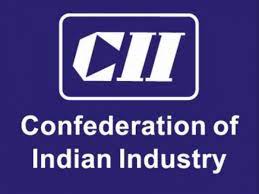 Industry body Confederation of Indian Industry (CII) has sought Odisha Chief Minister Naveen Patnaik’s intervention in resolving the ongoing coal crisis in the State which is affecting the business of the state-based industries.

In a letter to the Chief Minister, CII Odisha State Council Chairman Manish Kharbanda said, “Odisha’s significant trade bodies like UCCI, MSMEs and OASME had earlier brought the issue to your attention and in the same line, the Confederation of Indian Industry hereby request your intervention in averting the impending crisis within the State and helping sustain industry operations.”

The shortage, a result of the intermittent coal supplies to Captive Power Plants (CPPs)-based industries in Odisha, threatens the viability of industries that form the backbone of the State’s industrial ecosystem and provide employment to lakhs, said Kharbanda in his letter.

Stating that the CPP-based industries in Odisha which are heavily dependent on coal as their primary raw material are unable to run smoothly due to the current situation, the CII Odisha Chapter Chairman wrote, “The situation has further worsened since August 2021 with the CPPs getting less than 40-50% of the required coal supplies, creating a backlog of over 1500 coal rakes while most of the available coal rakes are being diverted away from CPPs.”

This struggle to receive uninterrupted coal supplies for continued operations has brought down the industry to a standstill and left with no time to devise any mitigation plan to continue sustainable operations. Due to this, the operational power plants are forced to operate at reduced power generation levels, creating a huge risk of closure of the plant, the letter read.

According to the Odisha Economic Survey FY20-21 Report, Odisha holds 25% of the total coal deposit of the country. Out of the 150 million tons of coal produced through Mahanadi Coalfields Limited (MCL), 65% is being transferred to other States and only 35% is reserved for Odisha industries, against the actual minimum requirement of 55% for local CPPs. Such acute shortage is creating a dangerous situation for the manufacturing sector, threatening the shutdown of 10971 MW leaving the State deprived of domestic value addition along with severe impact on the global investment.

“We seek the Chief Minister’s support in this matter of critical importance to help normalise the situation through timely action for the immediate resumption of coal and rake supplies from MCL, to help meet 100% coal requirement of the local CPP-based industries of Odisha,” Kharbanda wrote in his letter to the Chief Minister.

“This is the need of the hour and we repose trust in the Hon’ble Chief Minister to bring about a turnaround for the Odisha based industries in augmenting the coal supplies which could be in the greater interest of thousands of state based industries and save lakhs of people from the loss of employment and livelihoods,” he added.