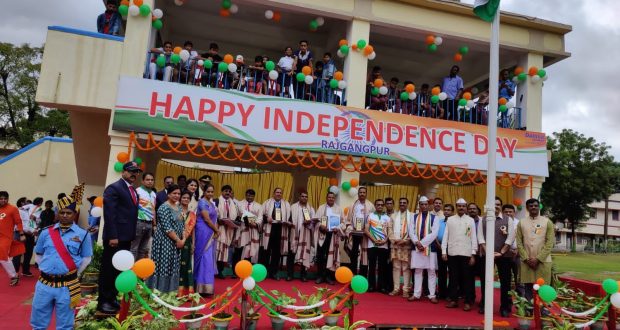 Dalmia Bharat Limited (DBL), one of the nation’s leading cement manufacturers, ushered in the celebrations of India’s Independence by honouring 75 war veterans from five states of the eastern region.

Themed, ‘Saluting 75,’ the felicitation ceremony was held simultaneously in West Bengal, Odisha, Bihar, Uttar Pradesh and Jharkhand; and acknowledged the invaluable contribution by servicemen that defended the nation and continue to inspire Indians to this day.

The celebration began with the hoisting of the National Flag being singing of the national anthem. This was followed by a social gathering during which the 75 national heroes who served in the Indian Army or security services at various locations and ranks, were honoured. They were presented with a plaque, a memento, a shawl, an Indian National Flag and a personalised pen in the presence of the Dalmia Bharat team, its partners and key influencers.

Commenting on the company’s ‘Saluting 75’ initiative, a company spokesperson said, “While we proudly celebrated the day India declared its independence, we also took the opportunity to commend our nation’s heroes’ indomitable spirit and sense of duty to serve our Motherland. Their grit, valour and devotion towards our country have helped preserve our freedom and sustain our rich cultural heritage. In addition to paying tribute to the contributions of our living veterans, we also honoured our fallen heroes who sacrificed their lives for our country.”

The felicitation was aligned with the Central Government’s ‘Azadi Ka Amrit Mahotsav’ initiative to commemorate India’s 75 years of independence.