Breaking News
Home > Business > India can thrive only if a level-playing field is available for all players in steel sector: Union Steel Minister 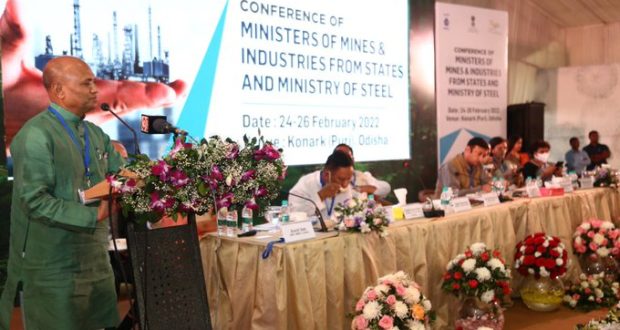 India can thrive only if a level-playing field is available for all players in steel sector: Union Steel Minister

India can thrive only if a level-playing field is available for all players in Steel sector, said Union Steel Minister Ram Chandra Prasad Singh, here today.

Inaugurating the two-day “Conference of Ministers of Mines and Industries from States”, the Minister said a policy to encourage the secondary steel players is necessary to give direction to the Prime Minister’s vision of creating wealth from waste. On these lines, he mentioned that research to use plastic waste in steel-making is being explored by various companies.

Reiterating the importance of effective Rehabilitation & Resettlement, Singh said that only those companies which can leverage social capital positively and are ready to give back to the local population will be able to gain in the long run.

The conference, organised by the Unon Steel Ministry, is held with the objective to provide the mineral-rich states an opportunity to present and deliberate on matters related to mining leases, environmental clearance of ongoing and new mining projects.

Deliberations on the issues pertaining to mining, specific to steel sector, were conducted on the issues put forth by the Central and State governments leading to fruitful discussions which were welcomed by participating delegates.

Faggan Singh Kulaste, Union Minister of State for Steel, welcomed the discussions amongst the delegates during the session wherein relevant inputs were received from all sides and emphasized that the issues which arose from the discussions needed attention and resolution. Expressing satisfaction over PM Narendra Modi’s directions on positive engagement with the state governments, Kulaste said more such “sammelans” would be organized by the government.

Rajvardhan Singh, Minister of Industrial and Investment Promotion, Madhya Pradesh, showcased the advantages of MP in terms of availability of land, raw material and other raw materials needed for industrial development and exhorted that the government has set up the right ecosystem for investments.

Thanking the Union Minister of Steel for choosing Konark as the venue for the conference, Odisha Minister for Steel & Mines Prafulla Kumar Mallik said that Odisha has a progressive and stable government which is doing everything to support an already conducive environment for mineral exploitation in the state.

Highlighting the issues related to mining and steel making, officials from the Ministry of Steel explained the policy support which is being extended by the Central government and detailed the support required from the State governments to facilitate business.

Speaking on the occasion, the heads of the CPSEs thanked the cooperation of the state governments and mentioned that they looked forward to further the cooperation.