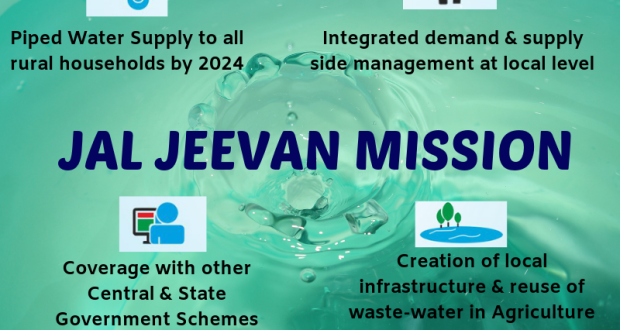 In Odisha, 83.31% people live in rural areas and most of them depend on groundwater for drinking and domestic use, as per the 2011 Census report. In rural areas, water supply relied heavily on borewells and handpumps before the Functional Household Tap Connections (FHTC) campaign started in August 2019. But all HHs are expected to get FHTC only by 2024.Presently in summers when the water levels decline, it requires a lot more effort to draw water. Many areas are declared water scarce if the pumping level drops below the lifting capacity of the hand pump.

For rural women, the water crisis has drastic effects as they spend long hours every day fetching water for their drinking needs. During these hours, girls and women could be attending school or working. Because of this, they are prevented from embracing opportunities that could lead to socio-economic progress.  Due to implementation of solar energy-based water supply schemes, school girls are less likely to be diverted from using their time to study, and women are now using their time saved to help with livelihood generating activities such as agriculture and water supply maintenance. Hence it is observed that in most of the habitations, women are taking lead in reportingrepairs to concernedagencies and are ensuring that water supply is restored as soon as possible.In addition, due to the energy source being solar powered, the user fees are negligible, and subsequently operation and maintenance work is more affordable and committed to.

To help the rural population, the Rural Water Supply and Sanitation (RWSS) wing of the Government of Odisha has been implementing solar energy-based water supply schemes through Odisha Renewable Energy Development Agency (OREDA) since 2013-14, with the key goal of meeting the water requirements of women living in remote areas without electricity. So far, the initiative has been successful in installing 11,000 solar pumps.

Today, the RWSS is about to finalize work orders for 3386 solar energy based dual pump piped water supply schemes which will provide 1,14,619 functional household tap connections in 2,950 villages. There will be Functional Household Tap Connections at every house in the habitation, and all these schemes will be integrated with the latest remote monitoring systems.

RWSS is also planning grid connected 700 to 1000 KWp solar power plants in the shadow free land and rooftops of Mega PWS water treatment plants in order to optimize operation and maintenance costs. Two such projects have already been sanctioned by the Government in the Angul and Balasore districts. Many more are in the pipeline.

“This initiative to optimize operation and maintenance costs by using renewable energy will be taken forward aggressively in coming years. Projects that use renewable energy contribute to decreasing carbon footprints, which leads to educating the community about climate change. RWSS Odisha is working with Govt of India and other stakeholders to make this project successful. Other states can also replicate this model,” says Amulya Mallick, Engineer-In-Chief, RWSS Odisha. Unicef have provided technical support in implantation of all these projects through their Renewable Energy Exert S V Deshpande says Shipra Saxena, WASH Specialist, Unicef Odisha.