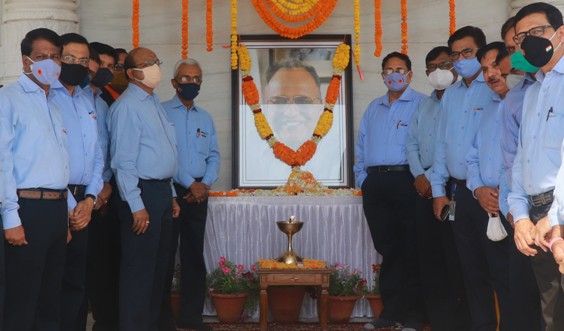 Jindal Steel and Power Ltd. (JSPL) on Wednesday observed the 16th death anniversary of its founder Om Prakash Jindal (Bauji) with a special prayer and various charitable activities at Angul.

On the occasion, JSPL Foundation, the social arm of JSPL, and the members of JMS visited local old age homes and Rehabilitation Centre at Angul and distributed food grain and clothes to the inhabitants.

With indomitable will and perseverance, OP Jindal who belonged to a farmer’s son, achieved stellar success both in business and social life. With a vision for self-reliant India and as a pioneering Indian entrepreneur, he had laid the foundation for OP Jindal Group, which is a leading business group in the country. Bengal Chamber of Commerce and Industry had honoured him with the prestigious “Life Time Achievement Award” for his outstanding contribution to the Indian Steel Industry. He demonstrated his sensitivity to address the contemporary concerns of Indian society and people through active participation in public life as a social worker and politician. He was a member both in the Haryana Assembly and in Parliament and meaningfully contributed to the welfare of the public. He had also served as the Minister of Power in the Government of Haryana. As a social worker, he was instrumental in setting up and managing various schools, hospitals and other social institutions.