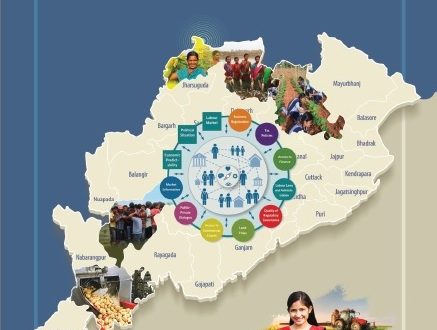 Entrepreneurship, as we all know, is a key driver of economic growth. That is why both the central as well as the state governments have launched a series of schemes to build and nurture a vibrant entrepreneurship ecosystem in the country. ‘Start Up India’, ‘Make in India’, ‘Skill India’, ‘Atal Innovation Mission’, ‘Digital India’ and ‘Ease of Doing Business’ are among the schemes and initiatives taken towards this end.

At the state level, the Industrial Policy Resolution (IPR), Odisha 2015 is now being revised to make it more micro, small and medium enterprises (MSME) and start up friendly while the MSME Policy, 2016 offers enhanced Capital Investment Subsidy (CIS) to MSMEs and lays special emphasis on development of entrepreneurs among the scheduled castes and scheduled tribes (SCs/STs), differently able persons and women across the state. There are provisions for additional capital investment subsidy for setting up micro & small enterprises in the “industrially backward districts”.

Due to constraints of time and resources, the study had to be limited to just four out of the 30 districts in Odisha; namely Koraput, Kalahandi, Keonjhar and Sundargarh. But the four districts were carefully chosen for the study keeping in mind both their similarities as well as differences. While all four of them are predominantly tribal and blessed with abundant natural resources, they belong to different agro climatic zones. Both primary and secondary data were studied extensively to arrive at a comprehensive overview of the entrepreneurial scene in the state. Primary data was collected through structured questionnaires from 128 existing and 284 potential entrepreneurs in these districts, while secondary data was sourced from government records on literacy rate, labour force participation rate (LFPR) and total number of unemployed in the state.

One of the key findings of the study was the poor educational status of the existing entrepreneurs in these four districts. While 50.78% of them had studied up to secondary school level, only 17.96% were graduates and 2.34% post graduates. This has been made worse by the deficiency in skills. It was found that just 13 (10%) of the 128 existing entrepreneurs had received some sort of training. As many as 47% of the respondents reported lack of skilled manpower.

All 128 enterprises studied were micro enterprises with low capital investment and low turnover. But those in the agriculture and allied sector (30) and the service sector (26) were the ones that appeared to be doing well, registering gross annual profits of Rs 1 lakh or more.

Both existing and aspiring entrepreneurs highlighted the need for support services like infrastructure, skill training, finance and market, besides assistance in preparation of detailed project reports (DPRs) and timely approval of projects. Of the 128 existing entrepreneurs, 91 (71.09%) sought skill/knowledge enhancement while networking, finance for expansion and markets were demanded by 60%, 51.55% and 62.5% respectively. On their part, 166 out of the 284 potential entrepreneurs (58.45%) emphasized linkage with support agencies, 160 (56.33%) sought support for finance and 159 (55.98%) for marketing their produces/products.

The study found that access to bank finance was uniformly poor with just 44 of the 128 existing entrepreneurs (34.37%) having availed bank loans while 33 (25.78%) said they failed to get finance from banks for their expansion.

Both the Central and state government have launched a host of schemes to promote and nurture entrepreneurs, undertaken special drives to spread awareness about them and designated special support agencies to help entrepreneurs. But the EE study found that the vast majority of entrepreneurs are either unaware of these schemes and are thus unable to avail the benefits under them. Only 33 (25.78%) of the 128 existing entrepreneurs surveyed said they had received assistance in preparation of DPRs while just 26 (20.31%) of them had received timely approval for their projects.