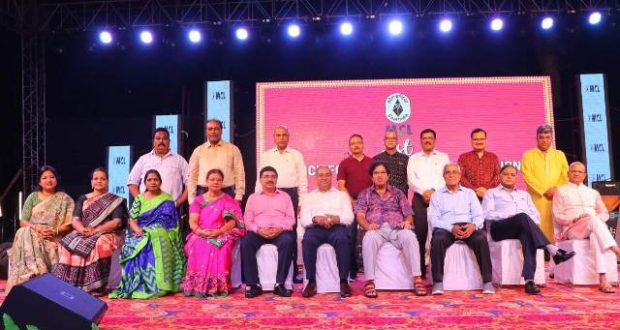 The 31st Foundation Day of Mahanadi Coalfields Limited (MCL) was celebrated on Sunday at the Company’s Headquarters in Sambalpur.

The celebrations started early in the morning with the “Run for Excellence” wherein, former CMDs, present Board Members, President & Vice-Presidents of Jagruti Mahila Mandal, MCL employees and their families participated with great enthusiasm and vigor.

Former CMDs of the company who had led MCL in past, were honored on the occasion.  Some of the former CMDs who were present in the ceremony are S.N. Sharma, S.R. Upadhyay, B.N. Shukla, A.K. Jha and P.K. Sinha.  The former CMDs shared their experiences and congratulated team MCL for their stupendous performance during the financial year 2021-22.

MCL Chairman & Managing Director O.P. Singh thanked all the stakeholders including employees, trade union leaders, Odisha government, people’s representatives, villagers, consumers and others for their help and cooperation in creating a new milestone of producing 168 MTs of coal with 14 percent growth, despatching 176 million tonnes of coal with 19 percent growth and achieving 21 percent growth in Over-burden removal.

In the evening, a special programme was organized for the employees and their family members where S.K. Pal, Director (Technical/Projects & Planning) delivered welcome address. Former CMDs were felicitated by the CMD, Directors and Corporate JCC members.

The highlight of the evening was the musical programme presented by the famous Bollywood singer Krishna Beura.