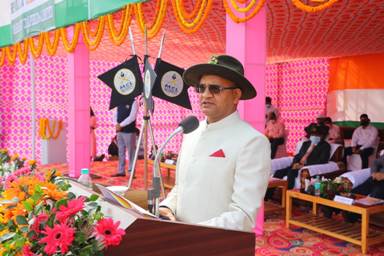 At the headquarters, the CMD unfurled the Tricolour at Anand Vihar Ground and inspected the ceremonial parade of MCL security personnel.

Extending his greetings on the occasion, Singh expressed his gratitude towards the armed forces for their valor and service to the nation.

The CMD also expressed confidence that Team MCL would continue to script new milestones of success and serve the nation by ensuring adequate supply of coal to meet energy demands.