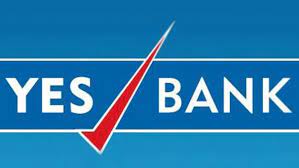 As the industrial hub of Eastern India, Odisha has been a key market in terms of business engagement for YES Bank with a CD Ratio of 97 per cent in the state as on March 31, 2022, much higher than RBI stipulated requirement of 60 per cent and the State Average. The total deposits in the state have witnessed a Y-o-Y (year-on-year) growth of Rs 833 crore to stand at Rs 1,946 crore as on March 31, 2022, said Rajan Pental, Senior Group President & Global Head – Retail Banking, YES Bank, adding that it is a testament to the potential that Odisha market holds for YES BANK. Furthermore, a Y-o-Y growth of Rs 219 crore have been witnessed in the state, majority of which is Priority Sector Lending (PSL), to stand at Rs 1,892 crore as on March 31, 2022.

“To strengthen its presence in Odisha, YES Bank became the first bank to sign a MoU with the Department of Mission Shakti for empowering women and on boarding them as Business Correspondent Agents. This move was aimed towards helping the citizens in underbanked/unbanked areas of the districts and blocks of the State to get access to banking facilities, in line to the Bank’s endeavour to stay ahead of the curve in driving financial inclusion in the country,” said Pental. The journey which started with only 4 districts, has now spread its wings to 13 districts with close to 1,000 WSHG’s members on boarded, he added.

As part of its expansion plan, the Bank opened three new branches in Odisha in the last one year taking the branch count in the state to nine, informed Pental, adding that it is a testament to the potential that Odisha market holds for YES Bank.

When asked about further expansion plan, Pental said that the Bank would be opening 127 new branches pan India in the current fiscal and Eastern region, especially Odisha will be in the focus.

Regarding future initiatives for Odisha, Pental said, “We intend to extend support to the MSME sector with an additional focus onü the startup ecosystem.”

In the past two years – since the moratorium was imposed – YES Bank has undergone a remarkable transformation. The Bank reported profit for the five consecutive quarters till the first quarter of the current fiscal.

At the end of FY22, YES Bank’s deposits stood at Rs 197,192 crore, marking a growth of 21 per cent over last year. Advances demonstrated a significant upward trend closing at Rs 181,052 crore for the year, an 8 per cent increase over last year’s figures.

Stating that Retail, SME finance and Digital are the key drivers of growth for the Bank, Pental said that with quality customer service, better turnaround time and advanced technology Yes Bank will prove to be among the most favoured banks to bank with.