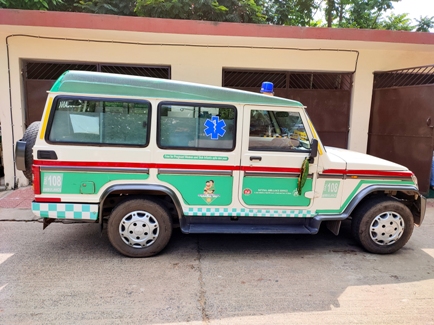 Informing about this, Sabysachi Biswal, Project Head – 108 Ambulance said, “This a good move by the state Govt to unify ambulance service under 108 ambulance. Now all kind of patients including pregnant women can avail the ambulance in their need. Like earlier, patients looking for emergency ambulance service can call to 108 call center to get the service for free. This apart the process to close down the 102 number has also been initiated and will be closed down completely soon.”

The emergence of pandemic has increased the public dependency on government-run 108 ambulance service. During this trying time, the 108 ambulance service crew members have shown highest devotion to their duty and delivered uninterrupted service. From inaccessible hinterlands, isolated and remote areas to containment zones, they have always worked diligently by keeping their responsibility at forefront.

Acting responsibly to the pandemic, the ambulance service provider has taken multiple measures to keep virus and infection away from its staffs and patients. So far, all its crew members have been vaccinated. All its staffs and crew members working in the state strictly adhere to the laid down Covid regulations. All Ambulances along with staffs are being sanitized every time after transporting a patient.

Since the launch of 108 ambulance service in the state in March 2013, it has ferried and saved more than 60 lakh valuable lives. Its crew members have saved many valuable lives by facing many adverse situations. Now, in Odisha 1124 108 ambulances are plying to transport general patients, pregnant women and children. Besides, six 108 boat ambulance have also been deployed in the water locked areas in the state.

2021-06-30
admin
Previous: MCL to support for development of health, education infra in Balangir Dist
Next: Amitabh Kant gets another one-year extension as NITI Aayog CEO