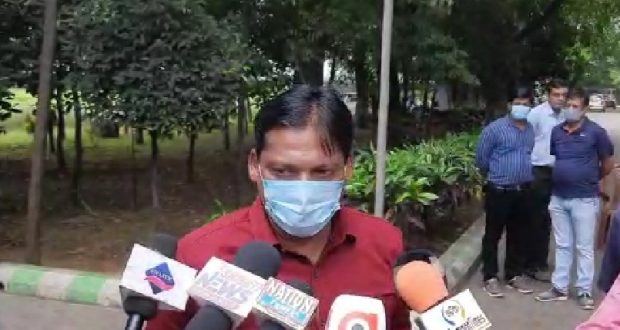 The Sundargarh District administration on Wednesday held a public hearing on land acquisition in Raiberna, Keshramal and Jhagarpur Gram Panchayats under Rajgangpur Block for expansion of the Lanjiberna Limestone mines of OCL India Limited.

Sundargarh Collector had issued notification to hold public hearings for acquisition of of 57.80 acres of land in Raiberna, 293.25 acres in Keshramal and 8.48 acres in Jhagarpur Panchayat for the expansion of Lanjiberna limestone mines.

Earlier, to assess the impact of land acquisition, a Social Impact Assessment (SIA) report was prepared by the Nabakrushna Choudhury Centre for Development Studies (NCDS); and was submitted to Raiberna, Keshramal and Jhagarpur Sarpanches for information on the affected families.

Today’s public meetings were held to get the views of the affected families on the report.

While most of the participants supported the land acquisition proposal, few people opposed it demanding employment and peripheral development. When some people drew the attention of the Sub Collector to the fact that details of some land losers have been posted wrongly in the SIA study, he assured that necessary correction would be made if a written complaint is submitted to him. Those who couldn’t present their views today, may send it in writing, the Sub Collector said.