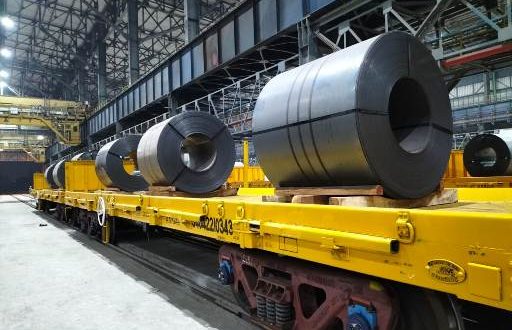 During April-July, 2022 the plant produced 14,35,466 tonnes of hot metal, 13,29,388 tonnes of crude steel and 12,24,323 tonnes of saleable steel, thereby scripting its best ever performance in these three vital areas for the period under review.

RSP clocked a growth of 5.1 per cent each in hot metal and crude steel, and 9.3 per cent in saleable steel over the CPLY (Corresponding Period Last Year) which also were the earlier best April-July performances of the steel plant. The Steel Melting Shop-II contributed 11,73,840 tonnes of crude steel in the April-July period with a year-on-year growth of 5.2 per cent. The Sinter Plants also put up a brilliant performance in the first four months of the current fiscal by producing best April-July sinter production of 23,59,540 tonnes.

By dispatching 12,23,937 tonnes of saleable steel, RSP clocked its best ever April-July dispatch, thereby improving upon its earlier best performance of 11,48,928 tonnes achieved in CPLY.

One of the major highlights of the period under review is the successful rolling of 2.3 millimetre thick SAILCOR Hot Rolled Coil from the state-of-the-art Hot Strip Mill-2 to enter the niche market segment. Notably, the ultramodern Mill which is making rapid strides in the stabilization process also carried out trial rolling of newer grades MC40, API X70 and rolling of coil with 2000 mm of width and up to 5 mm thickness and wider LPG coil with 1680 mm width during the period. The first four months of FY23 also witnessed many leading units of the Steel Plant surpassing major milestones. While the more than six-decade old Hot Strip Mill-1 surpassed the 60 million tonne production mark, the state-of-the-art New Plate Mill also reached the 5 million tonne Plate production mark in the past few days. The Silicon Steel Mill clocked its best monthly performance in July, 2022 after 2013.

Led by Director In-Charge Atanu Bhowmick, Team RSP is making every effort for comprehensive improvement on all the fronts including safety, cost effectiveness, techno-economics and productivity in tandem with the rising production graph.