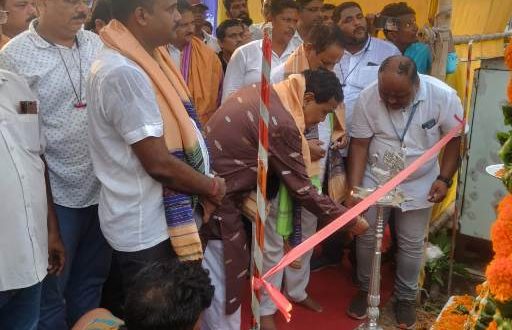 TP Central Odisha Distribution Ltd. (TPCODL), a joint venture between Tata Power and the Government of Odisha, on Wednesday inaugurated a 33kV line electricity supply connection from Mania to Tangi Primary Sub-station at Tangi in Cuttack district to enhance the reliability and creating a more robust network in the area.

This new 33kV line from 132/33 kV Mania to Tangi will enhance the reliability of power supply in Tangi, Chhatia and Badachana areas benefitting over 30,000 customers spread across 280 villages under 32 gram panchayats, TPCODL said in a statement adding that it has commissioned the network augmentation initiative under its capex programme.

With the new linking, the Tangi Primary Sub-station will now have dual supply source along with the existing line from CDR Grid, reducing chances of power interruption in the region, it added.

“TPCODL has always focused on network augmentation and enhancing reliability, and this is a step forward in that direction,” said M. Shenbagam, CEO, TPCODL.