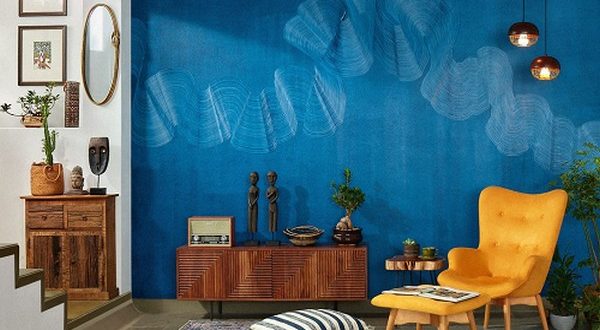 Heralding the festive season this year is a collection of wall textures – Taana Baana by Asian Paints Royale Play.

Taana Baana means warp and weft, which refers to the orientation of any woven fabric. They are the basic components of weaving, which turn thread to yarn, yarn to fabric, and fabric to lifestyles, a media communication from the company said.

The collection consists of 8 elegant wall textures that are a tribute to the crafts passed on through generations of skilled artisans. From age-old traditions to contemporary homes, ‘Taana Baana’ finishes are distinctive and represent all parts of India.

The textures come in multiple shade combinations in metallic, and non-metallic variants; and are sure to bring a sense of personal touch with a modern outlook to the living spaces, the communication added. Each texture derives its concept from a native craft that was popularised either by a state or a group of craftsmen.

The ‘Charpai’ texture captures the criss-cross weave of the snugly woven charpoys found widely across North India. The ‘Palm Weave’ texture is inspired by the chevron weaves of the giant palm leaves along with India’s Western coastal states of Goa and Kerala.

The ‘Bandhej’ texture, as the name suggests, is inspired by its namesake ancient tie-dye form native to the states of Rajasthan and Gujarat. The ‘Basket’ texture finds its way to us from the states in the northeast known for their distinctive cane and bamboo handicrafts, which are meticulously twisted and woven into furniture and artefacts. The ‘Madras Checks’ texture preserves the vintage of the timeless plaid weave, a staple in the Southern states of India.

The threadlike texture and natural asymmetry of the ‘Ikkat’ texture beautifully recreate the poetry of the loom brought to us from Andhra Pradesh, Telangana, and Orissa. The ‘Pompom’ texture is pure joy! Inspired from the cool northern states of Ladakh, Kashmir, Himachal Pradesh, and Uttarakhand, it summons the coziness and warmth of sitting by a fireplace on a winter evening. Like the untamed spirit of the silkworm, the ‘Tussar’ texture flows freely to bring luminosity and depth to large walls. It is as luxurious and breath-taking as the Tussar silk produced in the Eastern states of Bihar and Jharkhand.

Speaking about the one-of-its-kind collection, Asian Paints Limited MD and CEO Amit Syngle said, “The collection will fit into Indian homes with ease and will evoke fond memories.”