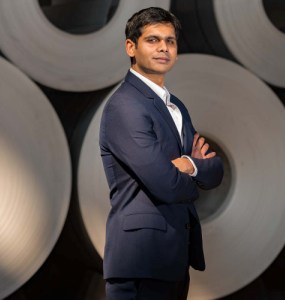 As per the report released by CARE, the ratings derive strength from the experience of the group and its dominant market position in the stainless steel industry. The standalone and combined business and financial risk profiles of JSL and JSHL, as stated by CARE, have broadly converged over the last one year.

The upgrade factors in significantly better-than-expected operational and financial performance of JSHL and Jindal Stainless Limited (JSL) during the current fiscal year, supported by growing sales volumes with greater proportion of value-added products.

“…increase in exports, and healthy sales realizations amidst strong industry upcycle and better product mix resulted in robust operating profit and cash accruals during H1FY22. The revision in the ratings also favorably factors in a consistent reduction in combined term debt levels of JSHL and JSL culminating in reduced finance cost, improvement in gearing and debt metrics and a stronger liquidity position. Going forward, the group is expected to sustain its healthy operating performance and maintain a comfortable leverage profile on the back of continually high stainless-steel prices and expectation of better volumes in seasonally better H2FY22 period after recession of monsoon season. CARE Ratings believes that the recently started brownfield expansion of 1 million tonnes per annum (MTPA) in JSL and ongoing expansion in special products division in JSHL will not materially increase the leverage ratio at the combined level as fresh drawdown of project related debts shall be largely offset by debt repayments on the back of healthy profitability and accruals. The ratings continue to derive strength from the experience of promoters and management and the group’s established track record,” the Report read.

CARE believes that group’s normalized PBILDT per tonne shall remain higher than average of FY19-FY21 due to various measures undertaken by the group such as cost efficiency driven by higher volumes, shift in product basket, improved PLF at power plant, optimal usage of induction furnace, benefits from railway siding, gradual localization of raw material imports and resultant benefits on logistics costs, holding costs and fluctuation on raw materials and forex, it added.

The CARE Report further stated that higher capacity utilization, better sales volumes, higher sales realization and resultant generation of higher cash accruals has contributed towards term debt reduction and improvement in financial risk profile in H1FY22. The overall gearing (including acceptances) of the group improved and stood comfortable at 0.93x as on September 30, 2021 as compared with 1.09x as on March 31, 2021 (1.62x as on March 31, 2020).

Commenting on this upgrade, JSHL Managing Director Abhyuday Jindal said, “The ratings reflect our perennial focus on fundamentals; which is constituted of financial prudence, operational efficiency, and a healthy product mix. Despite volatility in prices of input materials, we have been able to maintain our margins. Our capacity expansion plans are on track, which will augment the proportion of specialty stainless steel in Hisar’s offerings, both for our domestic as well as international markets.”