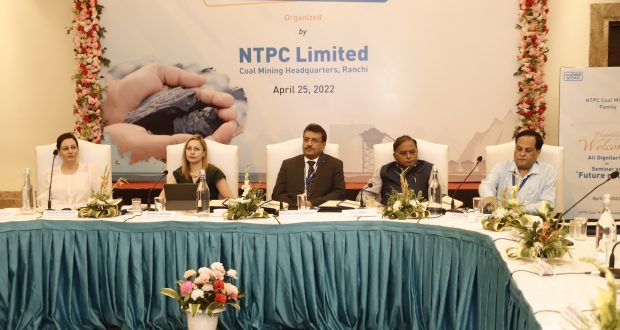 Coal is a Strategic Asset, not a Stranded Asset: WCA CEO Michelle Manook

Addressing a seminal on “Future of Coal”, organized by NTPC Coal Mining Headquarters Ranchi on Monday, Manook stressed upon the need for continuous evolution and technological advancement in the field of coal mining and production, and at the same time putting more thrust on clean coal technology.

“India would continue to play a major role in future as it has abundant coal reserves, moderate gas, and oil resources than China,” she said.

The seminar was organised keeping in view the importance and relevance of coal as being the prevailing major source of energy and power generation. World Coal Association (WCA) participated in the seminar as a special invitee.

“Coal production is not only vital for power production but also it is critical to ancillary industries for production of cement, steel, and aluminum etc. and is also an important social factor, particularly in countries like India,” Manook said.

“In spite of the much needed thrust on renewable energy, dominance of coal would be there at least for some more years. But we all have to focus on clean coal technologies and adopt modern technologies in coal mining to produce “Green Coal”,” Mazumder said. Sh.

Mazumder concluded his speech with the announcement that NTPC has started mining operations from its fourth mine Chatti-Bariatu located in Hazaribagh district of Jharkhand from April 25, 2022, for which he thanked the Coal Mining Team, NTPC Management, Central and Jharkhand Government and all other stakeholders for their continuous support.

CMPDIL presented its pilot study on vibro-ripper technology for overburden removal and briefed about coal gasification Initiatives in India. TATA Steel highlighted the importance of Digital Technology and AI for better mine management.

Prof Piyush Rai, from IIT-BHU spoke on the improvements and changes needed to be done in the operation of coal mines for a sustainable mine environment.

During the seminar, discussions were also held on project financing of coal mining projects, R&D in Mine Environment & Operation, developments in coal gasification and other aspects of clean coal technologies.