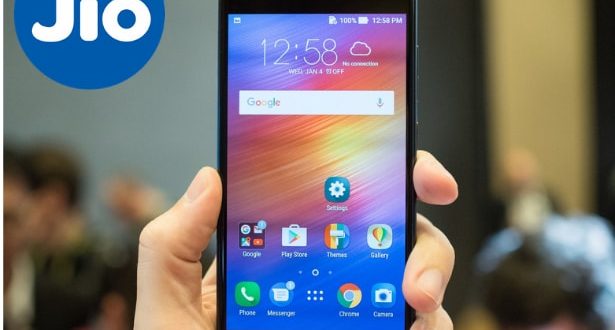 India’s largest telecom operator Reliance Jio has completed six years of commercial commencement of its services on September 5, 2022. In these six years, the telecom industry witnessed massive transformation and registered over 100 times increase in average per capita data consumption per month.

According to data published by Telecom Regulatory Authority of India (TRAI), before the launch of Jio, every Indian customer on average used to consume only 154 MB data in a month. Now the data consumption figure has increased by 100 times to an astonishing level of 15.8 GB per month per subscriber. On the other hand, Jio users use about 20 GB data every month, which is much more than the industry figures.

Recently, Mukesh Ambani, Chairman and Managing Director of Reliance Industries Ltd, announced to launch 5G services by Diwali this year. After the launch of 5G, it is expected that the data consumption will increase further. The Ericsson Mobility Report recently released estimates that after the introduction of 5G, data consumption will increase by more than 2 times in the next three years.

When Mukesh Ambani launched Jio 6 years ago, no one could have guessed that within a few years of its launch, Jio would become one of the largest telecom companies not only in the country but also in the world. Today Jio occupies 36% subscriber market share in India with 41.30 million mobile subscribers and around 7 million JioFiber high speed broadband customers. Its market share in terms of revenue is 40.3%.

Thanks to Jio’s indigenous 5G technology, the picture of what changes will or can come in the coming times is visible in the achievements of the company in the last 6 years.

How life changed in 6 years of Jio

Free Calling – The cost of having a mobile reduced

Thanks to Jio, the outgoing voice calls were made free of cost in India. As an impact, having a mobile became affordable. Mobile bills too came down drastically. Jio’s free outgoing calls also put a lot of pressure on other operators, and they too had to change their strategy and reduce their tariffs.

In six years, the data prices fell drastically. Before Jio was launched, customers were paying about Rs 250 for 1 GB data. As a result of Jio’s war on data prices brought the cost of 1 GB, that too 4G high speed data to around just Rs 13. The average price of data fell by around 95% in 6 years. This made data prices in India one the lowest among the world’s major countries.

Backbone of Digital Economy and Life of E-commerce

Reliance Jio remained the backbone of the Indian digital economy. The awareness gained from the government efforts and the affordable data of Jio gave life to the digital economy. At the time of Jio’s launch in September 2016, only 32.64 crore worth transactions were done through UPI. Coming to August 2022, there was a huge increase in this, today UPI transactions touched Rs. 10.72 lakh crore. The reason is clear, in the last 6 years, the number of broadband subscribers increased from 19.23 million in September 2016 to nearly 800 million by end of June 2022.  Also, at the same time, the average internet speed also increased by 5 times from 5.6 Mbps (March 2016) to 23.16 Mbps (April 2022).

Today India is home to 105 unicorn companies with valuation of more than $338 billion. Before the launch of Jio, there used to be only 4 unicorn companies in India. Unicorns are actually called startup companies whose net worth crosses $1 billion. In the year 2021, 44 startups have made their place in the list of unicorn companies. Newly created Unicorns attribute their success to Jio. After the bumper listing of unicorn company Zomato in the stock market, Zomato founder and CEO Deepinder Goyal officially thanked Jio.

About 500 million people in the country were using the old 2G phones, wherein making just voice calls was also expensive. For lack of affordability, they couldn’t upgrade to 4G phones. Jio came up with the solution to this problem by launching 4G JioPhone at ultra-affordable prices. JioPhone proved to be the most successful mobile phone ever in the Indian market. It has sold more than 11 crore units and connected millions of marginalized people with the digital world.

JioFiber, the ultimate solution during pandemic for work from home, class from home and e-shopping

JioFiber high speed broadband service had emerged as a big support to millions in the country facing the brunt of the lockdown. Be it work from home, class from home or e-shopping, JioFiber, with its reliable service and speed, made sure that the work never stops. In just three years, 70 lakh premises have been connected to JioFiber. The culture of work from home was so liked by companies that even after the lockdown, many are emphasizing on work from home only. Apart from making life easier, JioFiber is also indirectly generating employment. The numerous Internet, e-commerce, home delivery and entertainment companies that have emerged over the years have given jobs to thousands – millions.