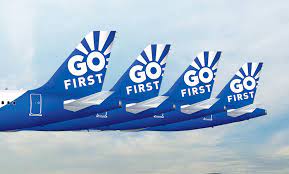 Go First on Sunday offered free travel to all six Indian athletes and the men’s hockey team who won medals at the Tokyo Olympics.

Go First, previously known as GoAir, stated it would give free tickets to them for the next five years. Regional carrier Star Air, which connects 13 cities in India, said it will offer the medal winners a lifetime of free air travel.

India finished its campaign at this year’s Olympics with one gold, two silvers and four bronze medals.

Javelin thrower Neeraj Chopra on Saturday became only the second Indian to win an individual gold in the Olympics, outperforming the field by some distance to immortalise himself as the first track-and-field Games medal-winner for the country.

After Chopra won the gold medal on Saturday, IndiGo had announced that it will offer him unlimited free travel for one year.

In a statement on Sunday, Go First said it is offering free travel to “all medal-winners for the next five years, until 2025” to celebrate India’s best-ever haul of seven medals at an Olympics.