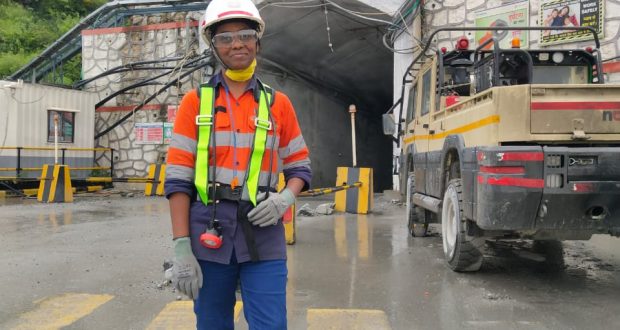 Breaking new grounds has always been a legacy for Hindustan Zinc. Be it in the endeavors of safety, digitalization or most recent, their employees. In a constant pursuit of inculcating inclusivity and diversity in an industry like mining, Hindustan Zinc’s Sandhya Rasakatla was appointed as India’s first woman Underground Mine Manager and Yogeshwari Rane as UG Mine Development Manager.

Sandhya assumed the role as Mine Manager of HZL’s Zawarmala Mine while Yogeshwari is appointed Head Planning & Development for Kayad Mine. Both Sandhya and Yogeshwari Rane are also the first women in Indian Mining to receive the ‘First Class Mines Manager’ certificate of competency in the “Unrestricted” category. The company is extremely proud and happy to take such a pioneering step in the mining industry that displays the commitment towards diversity and inclusivity.

Speaking on their achievement, Arun Misra, CEO, Hindustan Zinc, said, “Women being allowed in mining has been a revolutionary decision. This is an opportunity for us and the women mining engineers out there to bring about a societal change. At Hindustan Zinc, we have embraced this and have given equal platform for our women engineers in our mining operations. I’m sure Sandhya’s and Yogeshwari’s appointment will be an inspiration for all the young ladies who want to pursue mining engineering as their option. This is just a stepping stone for young women who aspire to be leaders in the mining industry”.

Like any other woman in mining, these engineers wouldn’t have been able to achieve this if not for a landmark decision in 2019. Following the amendments in the Mines Act 1952 in 2019; wherein government decided to exempt women employed in any mine above and below ground from the provisions of section 46 of the Mines Act, 1952; Hindustan Zinc deployed women engineers like Sandhya and Yogeshwari to gain experience in the underground mine operations.

Hindustan Zinc, a Vedanta Group Company, is one of the world’s largest and India’s only integrated producer of Zinc-Lead and Silver. The Company is headquartered in Udaipur, Rajasthan in India where it also has its mines and smelting complexes. It is self-sufficient in power with installed captive thermal power plants and green energy plants including wind and solar power.