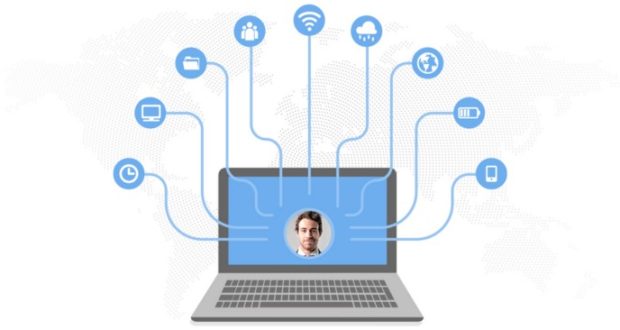 Just think how easy it would be for us if we could just approve a pre-filled Income Tax (IT) returns form. An auto-generated tax return means a break from the drudgery of filling in details! Can we make this possible? Yes, if the governments have a master data repository of citizens’ data. Or a golden records database that does a 360 degree profiling of the citizens. It is uniquely placed over Aadhaar and some project-related databases where data capture is limited to specific demographics and biometrics. Over and above name, date of birth and address, a golden records database stores educational qualifications, marital status, income, family details, bank account details, land ownership details, ration card, employment details, PAN card, driving license etc.

States hold vast amounts of data on citizens and economies but on disparate datasets. When integrated and used right, the data unlocked can lead to the more efficient delivery of public services. A golden records database can serve as a single source of truth for any data on the citizens.

Across government data architectures, information is stored in silos and is prone to errors and duplication. One way to overcome this problem is master data management- integrating the disparate datasets to form the foundational premise for cross-departmental services and coordinated action. That’s what the Maharashtra government is planning. It aims to introduce a unique, unified ID for its residents to provide a 360 degree view of its citizens by merging 56 databases across 377 government bodies. Earlier, states have consolidated citizen data- Rajasthan’s Jan Aadhaar Yojana, Telangana’s Samagra Vedika, a project under which the state collected data and integrated it across various departments. Tamil Nadu’s mammoth State Family Database (SFDB) is envisioned as an all-in-one database. Such an all-encompassing database can help governments determine citizens’ needs, like the schemes or subsidies they need. Accordingly, the policymakers can design programmes tailored to the requirement of the governed. It can also offer a frictionless citizen experience as they don’t need to authenticate their credentials multiple times.

Though billed as the game-changer in citizen-centric governance, an all-in-one citizen database is fraught with data privacy concerns. A greater access to citizens’ data elevates fears of extra surveillance by the state authorities. The concerns are not misplaced since they could impinge on the citizen’s Right to privacy. The worries are compounded, especially in a country like India that doesn’t have a law on data protection yet.

When it comes to sensitive citizen data, it needs the extra wrap of protection. Citizens have a right to know how the authorities use their data and whether it really benefits them. If the state machinery can do it, the golden records database can be a win-win for both camps. Estonia, known for its groundbreaking digital governance reforms, has quelled the privacy concerns with its X-Road system. The system empowers the citizens to view how and when their data has been accessed and who has used it. Israel, which follows the Estonia model of safeguarding citizen data, has coined the term ‘privacy by design’ to communicate the idea to the people.

Cutting-edge technologies can insulate the golden records databases from data breaches and misuse. To cite, blockchain technology can combat duplication and fraud in beneficiary registrations and ensure disbursements are done to the eligible beneficiaries. Big Data Analytics powered by Artificial Intelligence (AI) and Machine Learning can spot pendency in payments and alert the state departments about the level where payments are stuck.

For unlocking the full benefits out of golden records databases, governments can come out with a common standard of data sharing. Here, the will of the citizens should remain insuperable. If citizens have consent to share their data, they ought to have the freedom to revoke consent. Data sharing can be treated as a subset of the democratic vision, where the Right to consent and dissent coexist.