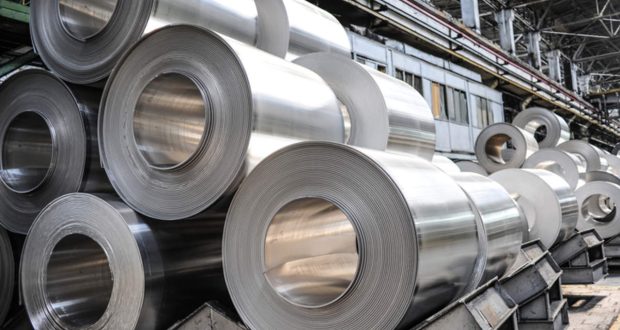 Despite being hit by the lack of construction activities due to covid-19 for a year, the steel industry has bounced back and had reported a 25.6% growth in crude steel production in the first eight months of year 2021, Infomerics Valuation and Rating said on Thursday.

According to government data, the country’s crude steel production stood at 77.74 million tonnes (mt) in the January-August 2021 period, registering a growth of 25.6 per cent over the year-ago period.

According to the Infomerics Report “Steel Industry: Trends & Prospects”, along with higher production, the country’s steel exports in FY22 are also expected to surpass that of FY21. The exports have already crossed 70% of FY21 levels. Imports, on the other hand, is expected to maintain their declining trend.

Although there has been border tension with China, the steel industry has seen sustained trade flow between India and China. However, exports accounted for Rs. 19,267 crore whereas imports from China accounted Rs. 16,369 crore, the Infomerics report said.

The declining imports and rising exports are an indicator of the country moving ahead in its pursuit of self-sufficiency or “atmanirbhar”, said the report.

The Indian steel sector contributes approximately 1.5% to its GDP and is one of the core sectors forming the backbone of the economy, providing employment to about 25 lakh persons directly and indirectly. India is the third-largest manufacturing hub of steel pipe in the world and steel pipes constitute 8 to 10% of the steel consumption.

Given the abundance of iron ore, coal and many other raw materials required for iron and steel making, there is the immense latent growth potential for this industry in India, said the report.

The government has been taking necessary steps to facilitate smooth production and sustaining of the steel industry. The National Steel Policy (NSP) (2017) was implemented to foster faster development of the industry to scale global benchmarks. This aspect has considerable contemporary significance because eastern India has the potential to add over 75 per cent of the India’s incremental steel capacity. It is expected that of the 300 MT capacity by 2030-31, over 200 MT can accrue from this region, said the report.

Yet another notable development in the sector is the approval of the PLI Scheme by the cabinet for “Specialty Steel” in India to be implemented over FY24 to FY30 with a budgetary outlay of Rs 6,322 crore. The PLI incentive is expected to boost domestic production of “Specialty Steel” and attract significant investment for its production in the country.

The report further says that the optimism for the steel industry springs from India’s relatively low per capita steel consumption and the likely rise in consumption. The report specifically mentions about surging infrastructure construction, the rapidly developing automobile and railways sectors, huge stimulus package launched in several countries across the development spectrum in the aftermath of the COVID-19 pandemic and the rising global steel prices are certain to provide an impetus to this sector.

However, to achieve the ambitious national objective of 300 million tonnes of production capacity by 2030-31 in terms of the National Steel Policy, 2017 and the National Mineral Policy-2019, synchronized and concerted action with a sense of immediacy by all stakeholders to support the different stakeholders, increase financing by the private sector, and enhance consumption and trade of steel is required. Leading steel companies needed to enhance prices (hot-rolled coil or HRC) to offset coking coal price increase.

In 2022, steel demand is expected to further increase by 2.2% to 1,896.4 MT.  Thus, the global prospects seem good. The recent US infrastructure spend would also augur well for the industry by raising further global demand for steel, the report said.